Members of the Islamic Movement in Nigeria yesterday demanded the setting up of a judicial commission of inquiry to probe the killings of their members in Zaria on December 12 and 13, during its meeting with House of Representatives panel.

The movement also demanded for the unconditional release of their popular leader Sheikh Ibraheem Zakzaky and his wife who have been in the custody of security agencies since the incident.

Members of the movement made the demand when they appeared before a House of Representatives panel investigating the matter.

Although the meeting was held behind closed-door, a lawmaker at the meeting said the reporters last night that six members of the movement including some lawyers, chairman of their medical team, an associate professor from the Ahmadu Bello University, Zaria and the head of their education section were present.

It was also gathered that the movement members demanded for the corpses of their members for proper Islamic burial as well as the release of the injured for medical attention, alleging that hundreds of their members are currently detained in Kaduna prison without being charged to court.

The source said they told the committee that the killings were premeditated based on the way and manner they were carried out and sustained for more than 48 hours.

They said there was no reason for their leader and his wife would be held in custody for weeks without any information on his whereabouts without being charged to court.

It was wrong, they added, for anybody to refer to them as a sect, but that they are a movement comprising of adherents of Shia, Sunni, Tijjaniyya and even Christian priests.

The source added that apart from killing scores and destroying their Hussainiyya centre, soldiers also went to where Zakzaky’s mother was buried and tried to exhume her body and also destroyed their cemetery at Darur Rahma along Jos -Zaria road.

They further said that when the killings were going on, personnel of the Red Cross who attempted to render help to the injured and evacuate those killed were denied access by soldiers.

After listening to their submissions, the committee chairman Rep Aminu Sani Jaji (APC, Zamfara), said his committee would do a thorough investigation.

He said his committee would intervene for the release of Sheikh Zakzaky and other members of the movement in detention.

The lawmaker said the committee would also visit the movement Hussainiyya, Zakzaky’s residence as well as the Darur Rahma, and other affected places to see for themselves.

He promised that he would ensure that justice is done no matter which of the two sides is found guilty. 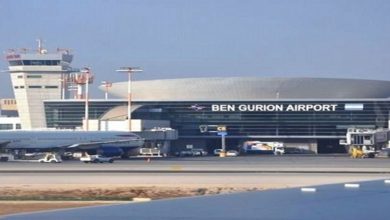