If ever American efforts to end the Syrian conflict were in effect, now is the time to address these attempts and unveil the inconsistency of Washington’s policies toward Damascus and the war that has befell it.

From Afghanistan, to Iraq, to Libya, history stands witness to the United States’ approach to foreign conflicts. At the helm is its involvement in sparking the problem and then adhering to the issue with problem-solving strategies to emerge as the hero who came to the rescue when all it would be rescuing is its own interests.

The Syria scenario is no different. While the US has repeated its war mistakes; first, by going against public opinion, and then by assuming that President Bashar Assad would not put up a fight against foreign-backed terrorists, Washington is now trying to mend Syria’s broken wing with placebo.

On Friday, the White House announced it will send around 50 Special Operations troops to northern Syria and increase air assets in Turkey purportedly to step up the fight against ISIS.

On the same day, US Secretary of State John Kerry was in Vienna in a bid to strike an agreement on a plan for a political transition in Syria through a transitional government, the drafting of a constitution, and UN-supervised elections. However, since the proposal stipulated the removal of Assad within months it was rejected by Syria’s allies, namely Russia and Iran.

“The Vienna Communique – issued on Friday October by 17 countries, the United Nations and the European Union – provides a diplomatic framework for peace in Syria. In this document, the external powers who have poured weapons, fighters and money into a disastrous and failed “regime change” policy in Syria for more than four years have signed on to what could be a realistic basis for peace,” Global Research, a centre for research on Globalization wrote.

Critics have slammed the United States’ double-faced policies toward Syria which on the one hand, is pledging 100 million dollars to militant groups and on the other is looking for a political solution. Although muddled, the US is taking steps to end the Syrian crisis.

The motives, however, are hidden beneath layers of diplomatic talk of a solution that would ease the suffering of the Syrian people and bring back stability to the region. It all goes back to in-house American politics.

The Democrats represented by US President Barack Obama are making the most of what little time remains before elections to score another seeming victory for Washington. The Obama administration already prides itself with striking a historical nuclear deal with the Islamic Republic of Iran and finding a solution for the war in Syria would add to its list of accomplishments.

To avert losing ground in the Syria battlefield of international players with Russian-Iranian measures unravelling day by day in the two countries’ fight against extremism, the White House is swallowing a bitter pill.

Having expressed fury at Russia’s military involvement in the Syrian war, the US was finally forced to accede to the developing actuality. The Russians had already been deployed and there was nothing the US could do to prevent it that would not have led to an all-out call for bloodshed.
However, the democrats face an internal obstacle which is the warmongering ideologies of the Republicans who have always tried to take advantage of any possible war and therefore are against a diplomatic solution to the Syrian predicament.

Another reason for their anti-diplomacy stance is the eternal struggle with their rivals, the Democrats. A political solution to the Syria crisis under Obama’s tenure would fall against their interests because it would mark a point against them.

“Given the disconnect between US military and diplomatic efforts, it will not be surprising if both are failures,” an analysis on The Washington Post predicted. This forecast speaks volumes. Despite the United States’ efforts to end the Syrian crisis for its own interests, the duplicitous strategies it is implementing will unlikely lead the destination at the end of the long and rocky road.

Americans ask: Why is Saudi monarchy our friend, but not democratic Iran? 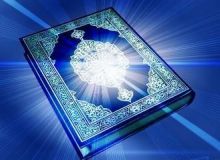