The United States had planned to topple the Syrian government long before conflict broke out in the country in 2011, says WikiLeaks founder Julian Assange.

Assange made the comments during an interview about his new book, the WikiLeaks Files. A chapter of the book refers to a cable from US Ambassador William Roebuck, who had been stationed in Damascus in 2006, about plans for overthrowing the government of Syrian President Bashar al-Assad.

“That plan was to use a number of different factors to create paranoia within the Syrian government; to push it to overreact, to make it fear there’s a coup,” RT quoted Assange on Wednesday.

He noted that the key components of the plan were fostering tensions between Shias and Sunnis, creating and promoting rumors and exaggerations “that are known to be false” against Iran with the help of Saudi Arabia and Egypt.

He emphasized that this particular cable was “quite concerning” as the US plans for the region were “all hanging out” in it. He added that in order to understand what is happening in and around Syria, regional alliances must be examined.

“Part of the problem in Syria is that you have a number of US allies surrounding it, principally Saudi and Qatar that are funneling in weapons. Turkey as well [is] a very serious actor. [They] each have their own hegemonic ambitions in the region. Israel also, no doubt, if Syria sufficiently destabilized, it might be in a position where it can keep the Golan Heights forever, or even advance that territory,” he said.
Syria has been gripped by deadly unrest since 2011. According to reports, the Western powers and their regional allies — especially Qatar, Saudi Arabia, and Turkey — are supporting militants operating inside the country.

About 250,000 people have reportedly been killed and millions displaced so far due to the crisis in the country.

Assange has also been under investigation in the US since his website WikiLeaks released several US military and diplomatic documents in 2010. He has been in the Ecuadorian embassy in London since 2012 and has secured political asylum from the South American country after he lost a legal battle against extradition to Sweden, where he faces allegations of sexual assault. It is believed that Assange’s extradition is a cover for sending him to the US, where he is wanted over the release of thousands of classified US documents on the wars in Iraq and Afghanistan on his whistleblower website.

US agenda in Mideast is preservation, dominance of Israel: Activist 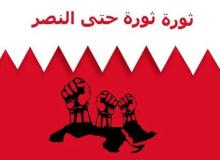 Bitter Truth from Bahrain: we love American’s but we are after Shia’s