The US-led campaign against the ISIL terrorists in Iraq and Syria is a “mistake,” Russian Foreign Minister Sergey Lavrov said.

“Unfortunately, when the Americans announced this crusade against the ISIL in Iraq and Syria, they never came to the UN Security Council, they just announced the coalition and they announced that the Iraqi government gave its consent,” Lavrov told Bloomberg in an interview.

Russia is not against the actions of the international coalition against the Islamic State (ISIS or ISIL), but bombardment of the militant-controlled areas of Syria without the approval of Damascus authorities is a mistake, Lavrov said.

When US authorities say that Assad cannot be considered as a legitimate partner, “we always remind them that he was perfectly legitimate when we went to the Security Council to adopt the resolution of Syrian chemicals disarmament,” Lavrov said.

Russia’s FM added that it is not up to US government to decide who should be in power in Syria.

“We certainly believe that only a political settlement is possible for Syria, and we also believe that the Geneva communique three years ago is the basis (for this),” Lavrov said.

The Russian Foreign minister said that the jihadists may move very far away from Syria and Iraq. He also said the UN Security Council needs to take steps to find out who is buying oil from the ISIL fighters. 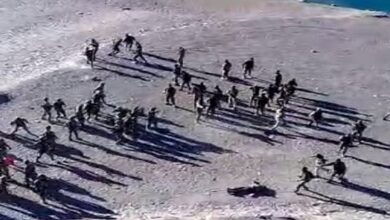 20 Indian soldiers killed in deadliest clash with China in decades