KUNDUZ – Takfiri terrorist group of Taliban have killed at least 13 policemen in Afghanistan.

The pre-dawn raid in Badakhshan province on Monday came just weeks after a similar Taliban raid on army checkpoints in the province in which 18 soldiers were killed — including some who were beheaded.

“Enemies of peace and stability of Afghanistan attacked police posts in Warduj district of Badakhshan,” the interior ministry said in a statement.

“Thirteen of our policemen were martyred and 17 were wounded,” it said, adding that 10 policemen who went missing had returned to their posts.

Noor Mohammad Khawri, the health director of Badakhshan, gave a higher death toll, saying health authorities received the bodies of 18 border policemen and eight others who were wounded.

The Taliban, who launched their annual spring offensive late last month, claimed responsibility for the attack. It marks another grim setback for Afghan forces, facing their first fighting season without full Nato support.

Nato’s combat mission formally ended in December but a small follow-up foreign force of about 12,500 mainly US troops has stayed on to train and support local security personnel.

Monday’s attack comes after a 20-member Afghan delegation last weekend launched two days of “open discussion” in Qatar with representatives of the Taliban, ousted from power by a 2001 US-led invasion of Afghanistan.

The Taliban reiterated their hardline stance on peace talks, ruling out negotiations until US forces leave the country and the insurgents are allowed to open a political office.

US, Israel to launch ‘quiet’ talks on Iran amid Israeli warmongering 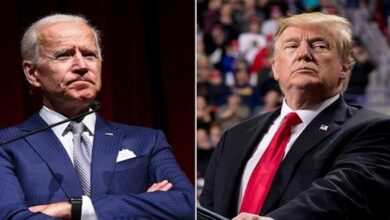 Trump Says ’No One Will Be Safe’ If He Loses, Calls Protesters ’Crazy’