Thousands of people in Germany have held a massive demonstration in the capital Berlin, calling for food prices to be controlled and for the rich to pay higher taxes as Germany faces a cost of living crisis.

The Saturday demonstration came after a call by left-wing organizations that urged the German people to protest against soaring prices and rents.

The demonstrators in Berlin marched behind banners, one of which was emblazoned with the demand “Redistribute!” Other banners said the current economic order “puts profits over people’s needs.”

Both police and organizers said at least 3,000 people took part in the protest, which took place to the backdrop of rising inflation caused in part by the war in Ukraine that has hit energy and food supplies.

Inflation in Germany is at its highest level in more than 70 years and reached 10.4 percent in October, according to figures released on Friday.

The price rises are hitting household budgets as well as industry in the eurozone’s largest economy.

The government, which is forecasting a 0.4 percentage point contraction in GDP next year, has sought mitigate surging energy prices, imposing a partial cap on the price of gas and electricity that will come into force in 2023.

Most of the other mitigating measures, including subsidized rail travel, have already ended.

On Wednesday, German economic experts proposed raising taxes on higher earners to help households struggling with soaring energy bills, but the suggestion was immediately shot down by the country’s finance minister.

Also on Saturday, hundreds of protesters angry about the climate crisis took to the streets of Lisbon, with dozens storming a building where Portugal’s Economy Minister Antonio Costa e Silva was speaking, demanding that the former oil executive resign.

Holding banners and chanting slogans, protesters demanded climate action. As some demonstrators broke into the building, those outside shouted, “Out Costa e Silva!”

Police officers dragged the protesters out of the building as Portuguese broadcaster RTP reported the minister left the building through a back door.

The protest in Portugal took place as world leaders, policymakers and delegates from nearly 200 countries gathered at the COP27 UN climate summit Egypt, where they hope to keep alive a goal to avert the worst impacts of climate change.

Some activists do not believe COP27 will solve the problem. UN experts said in a report on Tuesday that promises by companies, banks, and cities to achieve net-zero emissions often amount to little more than greenwashing.

“The situation is serious and urgent,” Marta Leandro, the VP of Portuguese environment group Quercus, said at the protest in Lisbon, adding, “What we do or do not do in this decade will have a great impact on climate security.”

In another development also on Saturday, Albania’s pposition protesters scuffled with police in front of the office of Prime Minister Edi Rama.

Tens of thousands had gathered in front of Rama’s office to protest against corruption, rising poverty and a growing number of people leaving the country.

Protesters first demonstrated peacefully for around three hours, before breaking through the police cordon around the government building and throwing red and black paint. Police arrested one protester.

Other protesters lighted candles in memory of two men that, according to the opposition, died while in police custody.

“Just as 32 years ago, the world sees us as people (arriving in) small boats,” said Sali Berisha the leader of the opposition Democratic Party, referring to the increasing number of Albanians reaching Britain.

British ministers say Albanians are behind a surge of migrants crossing the English Channel and that some of them are involved in organized crime.

The protest was seen as an attempt by Berisha to flex his muscles before local elections in May 2023.

Berisha had previously served both as president and prime minister, but was barred in 2021 from entering the United States over alleged corruption. He denies any wrongdoing. 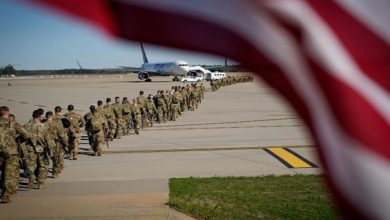 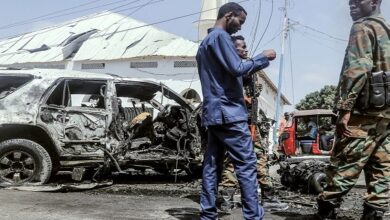 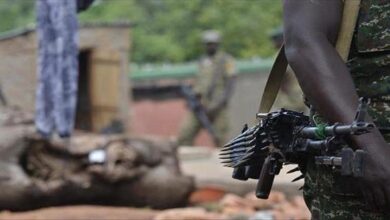