Russia has condemned the United States’ fresh sanctions on two of its largest banks, saying they are a direct blow to the Russian population and ordinary citizens.

Russian Ambassador to the United States Anatoly Antonov made the remarks on Wednesday, after Washington announced a new round of sanctions against Sberbank and Alfa-Bank over Moscow’s military operation in Ukraine.

“The administration’s non-stop sanctions attacks show true aspirations of the United States. An example is the restrictions against Sberbank and Alfa-Bank, where most Russians keep their savings. This is a direct attack on the Russian population, ordinary citizens,” Tass news agency quoted him as saying.

“By imposing new sanctions, Washington continues to damage the global economy. It undermines the possibilities of foreign partners for mutually beneficial cooperation with us. It leaves foreign business without the income necessary in the current period of economic turbulence,” the ambassador added.

Antonov said the US’s attempts to make it difficult for Russia to service its public debt were “puzzling,” adding that Moscow saw in these efforts “a desire to tarnish the reputation of Russia, which, despite the economic barriers built by Washington, continues to fulfill its debt obligations in good faith and on time.”

The US announced the new round of sanctions targeting Russian state-owned financial institutions and other enterprises on Wednesday. Restrictions also targeted Kremlin officials and their family members.

The move came after Ukraine and its Western allies, including the US, accused Moscow of committing war crimes in Bucha, a suburb of the Ukrainian capital.

In a video message on Saturday, the mayor of Bucha, Anatoliy Fedoruk, claimed that 300 people had been killed by the Russian army, with some appearing to have been executed summarily. He displayed videos and photographs, claiming that 280 bodies had been buried in mass graves while nearly 10 others had been either not buried or only partially covered by earth.

Kiev has urged major Western powers, including the United States, to impose new crippling sanctions on Moscow over the “massacre” in Bucha.

Russia has denied the allegations, terming it a “monstrous forgery” staged by the West to discredit it.

Moscow has twice requested an urgent session of the United Nations Security Council over the Bucha situation, but the United Kingdom has refused to hold the meeting both times.

Russian President Vladimir Putin announced a military offensive against Ukraine on February 24. The conflict has provoked a unanimous response from Western countries, which have imposed a long list of sanctions on Moscow. Russia says it will halt the operation instantly if Kiev meets Moscow’s list of demands, including never applying to join NATO.

Delegations from Kiev and Moscow have been negotiating for peace and a ceasefire in recent weeks, but a breakthrough has been elusive. 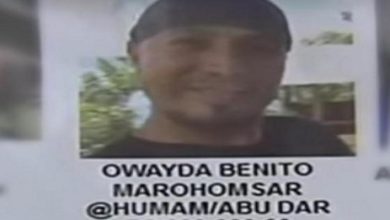 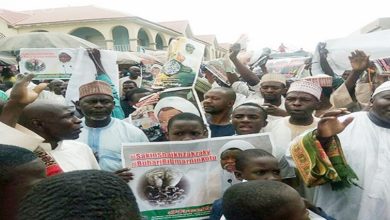 Pro-Zakzaky protesters mourn those killed in clashes with Nigerian police