A huge explosion with flames and smoke billowing up into the sky has taken place at a Russian oil depot after it was said to be struck by a Ukrainian airstrike.

Two helicopters from the Ukrainian armed forces fired at the storage facility in Belgorod causing the massive fire, said the governor of the region Vyacheslav Gladkov.

He added that the helicopters entered Russian territory after flying at low altitudes, according to Mirror.

Video images of the attack posted online showed what looked like several missiles being fired from low altitude, followed by an explosion.

It comes two days after the province was rocked by blasts at an arms depot.

Two people were hurt in Friday’s fire, Gladkov said on Telegram, and residents of three city streets have been evacuated.

“Currently, eight fuel tanks are on fire with a volume of 2,000 cubic meters each. There is a threat of flames spreading,” the source said.

Russia’s Emergencies Ministry added that the firefighting contingent had been increased to 170 people and 50 units of equipment.

The staff of the Belgorod oil depot, where fuel reservoirs are burning, has been evacuated, a Rosneft representative told TASS, adding that there were no casualties.

“The staff was evacuated from the oil depot, there were no casualties. Rosneft Deputy main executive director departed the scene. The company is cooperating with the Ministry of Emergency Situations and law enforcement agencies,” the representative said. 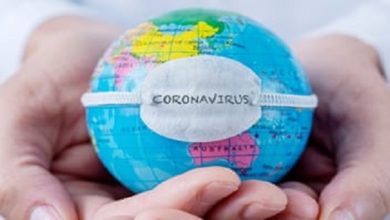