According to a UN report, the airstrikes of French forces in Mali in January has killed at least 19 civilians.

This is while Paris claims that the target of the attack was a gathering of armed extremists.

The accusation will further complicate international and local efforts to combat violent extremist groups in Mali, which have grown in strength in recent years. It is also likely to fuel anti-French sentiment in Mali, a former colony, the Daily Mail reported.

The UN investigation was launched after French warplanes struck a target on 3 January near the remote village of Bounti in the unstable central Mopti province.

French officials rejected reports from residents of the village that the strike had hit a wedding party and said “dozens of fighters” from Islamist groups were killed in an intelligence-led operation. However, investigators from the United Nations mission in Mali, known as Minusma, reviewed evidence and interviewed more than 100 people, concluding that the reports of a wedding were accurate.

“The group affected by the strike was overwhelmingly composed of civilians who are protected persons under international humanitarian law,” said the report, which has not yet been published. “This strike raises serious concerns about respect for the principles of the conduct of hostilities.

It also found that 19 civilians had died in the airstrike and three extremists, who had been armed.

Doubts about the nature of the target surfaced immediately after the attack.

One man who was wounded in the airstrike told the Associated Press that a small group of extremists had approached civilians celebrating a wedding and demanded that the men in attendance separate from the women.

“We were in the process of carrying out the orders when I heard the sound of an airplane and immediately a strike from above. Afterward, I didn’t see anything because I was unconscious,” the man said from a health centre in Douentza, speaking on condition of anonymity for fear of reprisals.

Tabital Pulakuu, an association that promotes the culture of Mali’s Fulani ethnic group, reported an “airstrike that claimed the lives of at least 20 civilians” during a wedding. 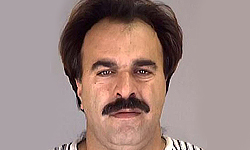 US Alleges A Gullible Alcoholic Plotted to Assassinate Saudi Envoy

Sheikh Zakzaky: We Won’t Stop Them: They Do Their Job, We Do Ours