Sheikh of Al-Azhar University Ahmed el-Tayeb cautioned that the Islamic community is threatened by continued plots hatched by the West to provoke sectarian conflicts.

“The Islamic Ummah (community) has been targeted, and the West is trying to create ethnic and sectarian conflicts in the Arab and Islamic countries in a bid to serve the interests of the enemies of this community,” Grand Sheikh of Al-Azhar University of Cairo said in a meeting with Head of Iran’s Interest Section in Cairo Mohammad Mahmoudian.
El-Tayeb went on to say that it is necessary for Muslim scholars to understand the Sunni-Shiite differences in a bid to resolve root causes of those differences and boost mutual understanding and dialogue between the two religious sects.
He also emphasized the need for unity of Muslim people in a bid to maintain peace and security of the Islamic Ummah, and said that Al-Azhar is ready to bring Sunni and Shiite clerics together as part of a broader effort to deal with the dividing issues.
The president of Al-Azhar University expressed the hope that the proximity of Islamic schools of thought through constructive dialogue among Islamic clerics would lead to concrete results.
Mahmoudian, for his part, underscored the special attention by the Supreme Leader of the Islamic Revolution and grand Shiite clerics in Qom to the promotion of unity among Muslims.
Earlier, a senior Iranian cleric, Ayatollah Nasser Makarem Shirazi, had stressed the importance of close Tehran-Cairo relations, saying that the potential should be used to boost religious proximity among Muslims. 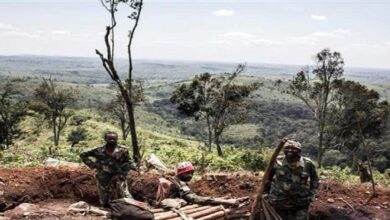 US to Sell “Super Penetrator” Bombs to Israel, Helicopters to Saudi