This number has risen in recent weeks, with several Australians understood to have died in fighting against government forces, including in (the Syrian city of) Kobani,” Attorney General George Brandis said on Tuesday.

Brandis estimated that more than 90 Australians have joined ISIL Takfiri militants operating in both Arab states.

He added that the ISIL has been using foreign militants as “cannon fodder, bombers and propaganda tools.”

“Australian youths, and many young men and women from Western countries, are being lured by the falsehood of a noble battle against an oppressive enemy.”

“In reality, they are merely taking part in acts of thoughtless violence, in many cases against innocent civilians, on behalf of IS (ISIL), which is intent on recklessly enslaving, raping and murdering those with a contrary view to their own,” Brandis added.

Australia has recently passed a law criminalizing travel to areas declared as “terror hot-spots.” Under the new law, anyone who heads to the designated areas will face up to 10 years in prison.

Canberra is concerned that Australian nationals will pose a risk when they return radicalized.

According to an October report by the UN Security Council, more than 15,000 foreigners have flocked to Syria and Iraq to fight alongside the ISIL or other such groups.

The report added that the militants hail from more than 80 countries which had not contributed to international terrorism before.

The ISIL terrorists currently control swathes of territory across Syria and Iraq. They have been committing heinous crimes in the captured areas, including mass executions and beheading of local residents as well as foreign nationals. 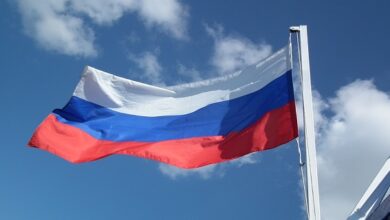