President-elect Joe Biden and his newly-announced national security team will inherit dozens upon dozens of bilateral relationships that either need fixing, tinkering, or mending.

Some of them, like Washington’s relations with Europe at large, could use a big dose of clarity about where the U.S. stands, what it expects of European governments on the defense front, and an explanation on why U.S. foreign policy will have to deemphasize Europe in favor of the Asia-Pacific. Others, like the U.S. relationship with South Korea, need to be cleansed of irritants—such as the year-long military cost-sharing talks between Washington and Seoul—that have put a wet blanket over other aspects of alliance, like finally completing the full transfer of wartime operational control to Seoul.
And yet there are still other relationships that desperately require a total revaluation or recalibration. U.S.-Saudi relations is the poster child of this group—even more so given the incompetence, petulance, and misjudgment Crown Prince Mohammed Bin Salman has shown ever since he captivated Western commentators with his wide smile and youthful, “can-do” attitude.

The hypothesis that U.S.-Saudi relations can’t go on the way they have over the previous eight decades is not new. Indeed, former National Security Council staffers and former career intelligence officials like Bruce Riedel have been screaming at the rooftops for years on why it is imperative for Washington to stop coddling the Saudis like a parent coddles a spoiled 8 year-old child. But by and large, the pleadings have fallen on deaf ears across the U.S. nationals security bureaucracy.

Despite the passage of a War Powers Resolution last year that would have pulled U.S. military support from the Saudi-led coalition in Yemen (President Trump vetoed the resolution), there is still an assumption that Saudi Arabia is so important to U.S. national security interests in the Middle East that Washington can’t afford to get on the kingdom’s bad side.

U.S. thinking on Saudi Arabia is still very much wedded to 20th century realities, where the U.S. economy was powered by Persian Gulf oil and the royal family was treated as an indispensable ally against the Soviet Union’s machinations in the region. Last time I checked, however, the year was 2020; U.S. imports of Persian Gulf oil have declined by nearly 70 percent since August 2010; and the Soviet Union has been dead and buried for nearly three decades.

U.S. officials are either ignorant of these basic facts or so attached to the old paradigm that they can hardly countenance an alternative to the status-quo.

If there was any time for a change in how the U.S. conducts business with Saudi Arabia, it is today. This is due in part to present geopolitical realities. For all the blood and treasure the Middle East has soaked up over the last 19 years, its strategic importance to the United States simply isn’t worth the over-investment and attention Washington’s has showered on the region. The Middle East’s GDP is barely 4 percent of the world’s total output.

The other reason Washington should reset its ties with Saudi Arabia, however, is because the state of the kingdom’s leadership is so abysmal at the moment that U.S. officials risk moral hazard for supporting Riyadh’s [mis]adventurous foreign policy.

Mohammed Bin Salman, the 30-something year old crown prince, can perhaps be described as the Tasmanian Devil of the Middle East. Literally everything he touches creates more problems for the kingdom. While crackdowns and the silencing of dissent within Saudi borders is not nothing new, one can’t say the same thing about the abduction and forced resignation of a Lebanese prime minister; a counterproductive economic boycott of Qatar; the merciless destruction of neighboring Yemen, already the poorest nation in the Middle East; or the savage state-sanctioned assassination of a Washington Post columnist. None of these moronic decisions serve U.S. national security interests—and despite this most elementary fact, MBS has been treated by the White House as the untouchable golden-boy of the Middle East.

U.S. support to Riyadh may no longer be unconditional. Joe Biden went so far as to call the kingdom a “pariah” state. He promised to “reassess” the bilateral relationship during the campaign and floated the possibility of ending U.S. arms sales to Riyadh. This in and of itself would be a major break from U.S. policy; sine August 2009, according to the Congressional Research Service, the cumulative value of proposed major U.S. foreign military arms sales to the kingdom reached $141.6 billion.

The incoming Biden administration will need to hash out the intricate details of its Saudi Arabia policy. How much U.S. diplomatic support is it willing to offer the Saudis at the United Nations and U.N.-affiliated bodies, where other nations in the past have tried to hold Riyadh accountable for perpetrating war crimes in Yemen (like Trump, the Obama administration was an avid protector of Saudi Arabia in multilateral fora)? Will Biden truly cut off U.S. intelligence, military, and diplomatic assistance to the Saudi coalition in Yemen—and if so, when? Should the royal family continue to receive the benefit of the doubt, particularly when their foreign policy record over the last five years has been such a dumpster-fire?

While the details are debated, one concept should guide the Biden administration’s inter-agency effort: while cooperation with the kingdom on shared national security problems remains sensible, what is good for Saudi Arabia is not always good for the United States. 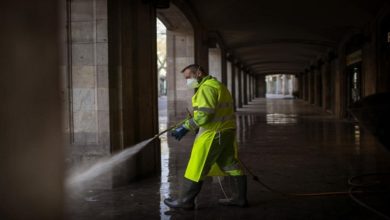