Egyptian security forces have killed 83 suspected Takfiri terrorists and arrested dozens of criminals in the restive North Sinai region during the past month, the army says.

According to a statement by the Egyptian Army on Monday, these suspected terrorists were killed in counter-terrorism operations in central and North Sinai between September 28 and November 4.

It did not mention the name of the terror group but the Velayat Sinai terror outfit, which pledged allegiance to the Daesh Takfiri terrorist group in 2014, has claimed responsibility for most of the assaults across Egypt, particularly those in the Sinai region, where the group is based.

“Sixty-one wanted criminals and suspects were arrested,” it said, adding that “three army personnel were killed and injured during the operations against terrorist hideouts.”

Over the past few years, terrorists have been carrying out anti-government activities and fatal attacks, taking advantage of the turmoil in Egypt that erupted after the country’s first democratically-elected president, Mohamed Morsi, was ousted in a military coup in July 2013.

The terror group, previously known as Ansar Beit al-Maqdis, has mainly attacked security forces in the restive region of Sinai Peninsula since its inception in 2013. The terrorists have so far killed hundreds of members of security forces.

The Egyptian army in February last year launched a full-scale counter terrorism military campaign, dubbed “Sinai 2018,” on an order of President Abdel Fattah el-Sisi, after a terror attack in North Sinai claimed the lives of more than 300 people at a mosque.

The army says hundreds of suspected terrorists have been slain in the anti-terror campaign, which has also targeted militants elsewhere in the African country.

On Saturday and following the death of Abu Bakr al-Baghdadi, the Daesh leader, the Velayat Sinai terror outfit announced that it had sworn allegiance to the new leader named by Daesh. 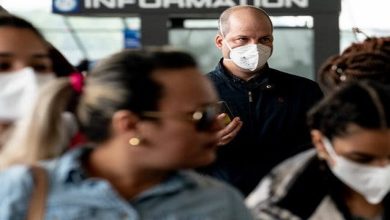 70 to 150 million Americans could get coronavirus: US projection

US ‘training Syrians to fight against President Assad,’ McCain says