An article written by the Washington Post editor, Jackson Diehl, described the Saudi crown prince Mohammad bin Salman as a new Saddam Hussein who, according to the writer, used to be supported by the US administration despite his well-documented excesses.

“Once upon a time, there was a brutal and reckless dictator of an oil-rich Arab country who, despite his well-documented excesses, was stroked and supported by the United States and other Western governments. His crimes were terrible, went the rationale.”

The writer said that the Saddam Hussein was confronting the extremist groups and Iran, considering that Washington had no alternative.

“The ruler heard that message. He concluded that, as long as he kept supplying oil and opposing Iran, he was free to butcher his opponents and bully his neighbors.”

“His name, of course, was Saddam Hussein. The bet made on him by the United States and its allies directly led to Iraq’s invasion of Kuwait in 1990, and from there to the ‘endless wars’ in the Middle East that are now almost universally bemoaned by the West’s foreign policy establishment.”

Diehl considered that the US politicians are repeating the same mistake in the case of the Saudi crown prince Mohammad bin Salman, adding that they say they abhor his blatant crimes, including the murder of Post contributing columnist Jamal Khashoggi and the torture and imprisonment of women seeking greater rights, but that the summit of the Group of 20 in Osaka, Japan, a week ago, they cheerfully clustered around him.

“Not just President Trump but also prime ministers and presidents from the big European democracies. And not just them but also the leaders of India, South Korea and Japan, all of whom have received Mohammed bin Salman warmly in the past six months.”

“Like Saddam Hussein before him, Mohammed bin Salman has concluded that he is immune. Women he ordered tortured are still in prison. His planes are still bombing Yemen. And he is taking the first steps toward acquiring nuclear weapons. Because Western governments do not stop him now, they will have to do it later — when the cost is likely to be far higher.” 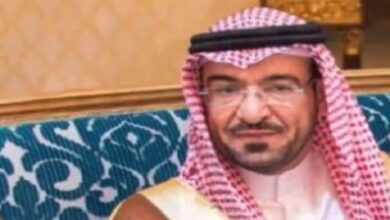