Spain says it will discuss with Saudi Arabia ways to resolve their differences over the sale of laser-guided bombs to the kingdom just days after blocking the shipment, in a move observers say is aimed at appeasing the Riyadh regime and maintaining other lucrative contracts with it.

Last week, Spain’s Defense Ministry said it was halting a 2015 deal to sell 400 laser-guided precision bombs to Saudi Arabia due to Riyadh’s role in the Yemen war.

The decision enraged Saudi Arabia, which is already under international pressure over rising civilian deaths amid its brutal military campaign on Yemen.

Then reports emerged that the kingdom was, in response to Mardid’s move, planning to scrap a $2.2-billion contract to purchase five Corvette warships from Spanish state-owned military shipbuilder Navantia, a deal that involves 6,000 jobs in a country with one of Europe’s highest unemployment rates.

On Monday, Spanish Defense Minister Margarita Robles told a parliamentary commission that the issue would be resolved “amicably” based on a bilateral framework.
“Decisions will be made according to a bilateral framework between two countries that are partners and have signed a contract and it will be resolved amicably,” Robles said in the Spanish Senate.

She said the contract was under revision, and that Madrid would respect the Charter of the United Nations regarding human rights.

Robles further said that the warship deal, which was signed in April, was in no danger as it was “not linked to any other contract.”

Analysts, however, said Madrid decided to leave the door open to the bomb deal just to avert a row with Riyadh similar to the one unfolding between the kingdom and Canada over human rights issues.

Eduard Soler, an analyst at the CIDOB international affairs think-tank, said any break in Madrid-Riyadh relationship could endanger a series of lucrative contracts for Spain.

“It’s a textbook case in which we find that internal politics affect foreign politics and defense,” says Soler.

Robles announced the decision to halt the sale of bombs to Saudi Arabia shortly after the Riyadh-led coalition of invaders launched a deadly air raid on a bus carrying Yemeni students, killing 51 people, including 40 children.
On Monday, Amnesty International urged Madrid to stop supplying weapons to Riyadh, warning that bombs, such as the ones Spain plans to sell to Saudi Arabia, have been used in “dozens of war crimes in Yemen.”
Citing the Amnesty, media reports say between 2015 and 2017, Spain reportedly exported 1.2 billion euros worth of military equipment to the Saudi-led military coalition.

The European Parliament has urged its member states to halt these sales on numerous occasions, admitting that the alliance led by Saudi Arabia violates international humanitarian law by using this weaponry in attacking the civilian population and bombing hospitals, markets and schools.

Saudi Arabia and its allies launched the war on Yemen in March 2015 to reinstall its former Riyadh-allied government. The military aggression has so far killed over 14,000 Yemenis and put millions on the verge of famine. It has also caused a deadly outbreak of cholera. 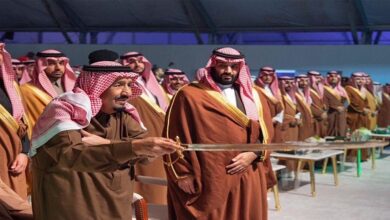 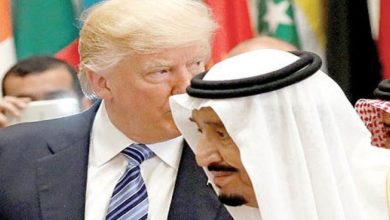