The US, Britain, and France missile aggression against Syria on April 14 drew massive media coverage worldwide. The majority of the analysts now are wondering what could happen to the regional equations after the missile strikes that targeted Syrian government’s sites. Additional questions are about the role of international and regional actors in the orchestration of the attack and the impact of the strikes on the course of the Syrian conflict’s developments.

Alwaght has arranged an interview with the senior international affairs expert and university professor Ali Bigdeli who believes that the Saturday morning tripartite attack will not do much to influence the battlefield equations.

Commenting on reasons behind the missile strikes of Washington, Paris, and London on Syria, Bigdeli said that the attack was, in fact, a demonstration of power of the three countries that were recently visited by the Saudi Crown Prince Mohammed bin Salman with whom they signed huge arms deal. So, for the trio, the anti-Syrian raids came to return the Saudi prince’s favor. What happened was a limited attack that was launched against targets belonging to the government in Syria, but the operation did not adequately address Riyadh’s expectations. In an overall view, the attack was meant by the West to flex the muscles to Russia in the first place, and Iran in the second place. Americans wanted to send the message to Moscow and Tehran that Washington still has beside it the European allies and nothing has changed since the Afghanistan and Iraq wars, and that it can take military actions when the need arises. But the reality is that the aggression was more a propagandistic show than an action with tangible effects on the ground of the Syrian battlefronts. Therefore, the anti-Damascus moves do not deeply influence the equations and order in the West Asia region.

Regional order changes not in sight in short run

The Iranian expert added that it was clear in advance that Russians will not respond seriously to the attacks. “According to the experience, Russians have shown that they do not respond to such limited military actions.” He continued to suggest that Russians appear to have been aware of the range and size of the attack and so declined to react. “The limited raids and Russia’s decline to respond showed that regional order does not become subject to changes quickly.”

The political oundit continued that Saudi Arabia has recently and before the attacks sealed large-scale military deals with the three countries and was expecting the Syrian crisis to end as it wishes. They hoped that the strikes will restrict further Iranian influence in the region. In fact, they hoped the Western allies will wage a war against Syria as big as the 2003 Iraq war to initiate fundamental changes to the Syrian home equations. But, such a conflict on the ground was highly dangerous and could unleash a tremendous crisis to the world. So, Trump’s administration warily chose to be limited in its show of force, to the frustration of Saudi Arabian rulers who expected broader scenario. In other words, Saudis are disappointed to see a small-size attack against Damascus in return for their tremendous military deals with Washington, London, and Paris.

Asked about the trio’s unilateral attack on the threshold of the arrival of the experts of the UN fact-finding committee to the Syrian city of Duma, in which the West claims the chemical attack took place, Bigdeli argued that the aggression was full violation of international laws. He added that Americans did not wait for the experts to start their probe and publish their findings because they thought they needed to take military action quickly to prevent damage to their image worldwide and also because they wanted to meet Riyadh’s demands for such strikes. If the fact-finding committee had done its work, the three attacking countries would have been stripped of excuses to strike the Syrian government’s sites. Because the UN experts could only determine whether a chemical attack had taken place, but they are unable to decide who was behind them. In this situation, the case would be shrouded in the mystery, and the West would find it hard to raid Syria.

No changes to Syrian equations

In his final comments on how the recent attack will influence the Syrian crisis and how serious the American threats are about further strikes against the Syrian government, the Iranian analust maintained that unlike the air show, nothing will change on the ground. The Syrian government and its allies, particularly the Iran-led Axis of Resistance, will remain the key power on the battlefronts. Damascus’s upper hand on ground will prevail and it seems highly unlikely for the Western powers to stage fresh military action. 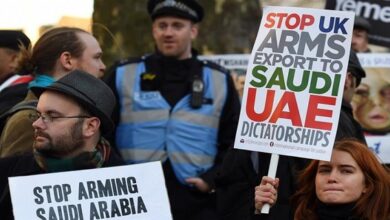 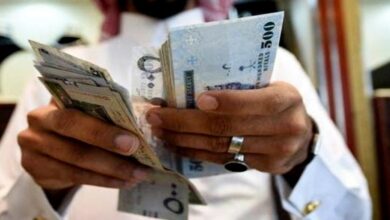