The authorities of the Ali-Saud regime ended the demolitions in the old neighborhood of Al-Mansoura in the town of Awamiya in Qatif province after about 500 buildings were demolished.

The Human Rights Watch organization confirmed in a report yesterday that the forces of the Saudi regime closed the town of Awamiya, which is witnessing popular protests from the people to gain their rights and the establishment of social justice.

“The demolition and removal work in al-Masoura neighborhood involves the removal of all the old houses nestled in narrow alleys,” the Saudi regime said. “The demolitions covered 488 buildings.

Awamiya, the main part of the oil-producing province of Qatif, is under a brutal crackdown by the Saudi regime, which has been trying since May to demolish the old neighborhood in the town in order to prevent militants from escaping from the grip of its security forces.

In a report published earlier this month, British Independent newspaper Bethan McKiernan said the Saudi regime was waging a war against the town of Awamiya, which has been besieged for months in an effort to suppress and protests and movements by its residents to gain their rights.

Saud al-Faisal Tells Russia: We no Longer Want to Overthrow the Regime in Syria 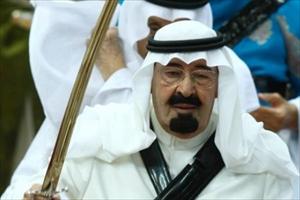 Saudi King to Save the Rotten Arab Monarchical Regime