The Tuesday announcement of an end to Saudi invasion on Yemen, followed just a few hours later by more Saudi airstrikes on Yemen, has apparently not made the US bat an eye, and they are still pushing for a continuation of the war.

“Obviously the job is not done,” White House officials said, saying they and their allies are “going to be doubling down” on the conflict. The US has been involved in a support role in Yemen, helping Saudi planes pick targets and assisting in the naval blockade which is causing humanitarian shortages.

Saudi Arabia declared the Yemen war weeks ago, intending to wipe out the Shi’ite Houthi movement and reinstall ousted President Abd-Rabbu Mansour Hadi, who resigned in January. Hadi was a close ally of the US, and they too are keen on seeming him back in power.

So far, however, the strikes have done little to change the Houthis’ position in Yemen, and have killed thousands of civilians including children, fueling a growing backlash in the region, and particularly inside Yemen.

That could be a big problem with the US and Saudis in trying to prop up Hadi, who went into exile and then endorsed a war to try to reinstall him, and has so far appeared ambivalent about the massive death toll the effort is causing. His rule was never seen as particularly legitimate domestically, elected in a “single candidate vote” in which no opposition was allowed, but his reliance on foreign backers has now reached the point where the only way he can rule is through Saudi force of arms, which will inevitably add to the perception that he is just a puppet.

Most of the Saudis’ allies are Sunni nations that feel obliged to join any Saudi war as a religious calling. The US has similar interests to the Saudis in this regard, in wanting to reinstall ousted Hadi, but seems even more short-sighted than usual about the ramifications of launching another massive, sectarian war in the Middle East.

Saudi Arabia started its military aggression against Yemen on March 26, without a UN mandate, in a bid to restore power to fugitive former President Abd Rabbuh Mansur Hadi, who is a close ally of Riyadh.

According to sources in the Yemeni army, 2,680 people have been killed during the aggression.

The humanitarian situation in Yemen is rapidly deteriorating. Many international aid organizations have sought clearances to dispatch medical and other humanitarian supplies by air and sea to civilians in need. 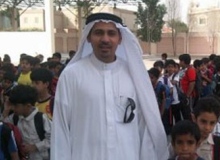