More than 3 million iftar meals were served at the Grand Mosque in Mecca in the first 20 days of Ramadan.

The meals were offered by charities in conjunction with a government committee in Mecca, said online paper Sabq.

Hundreds of employees, including 100 from the General Presidency for Affairs of the Two Holy Mosques, oversee serving around 150,000 meals a day, head of the mosque’s courtyard management Moussa bin Mohammed said.

“The number of charity banquets reaches 10,000, each stretching for nearly 12 meters,” he added.

Around 67 charities are engaged in providing the meals, and the iftar sites in the courtyards of the mosque are specified in coordination with security agencies, the official said.

“This takes into consideration the passageways to allow smooth movement of walkers and the physically handicapped people as well as service carts. Sites for men and women are also segregated based on regulations set by the administration,” he explained. 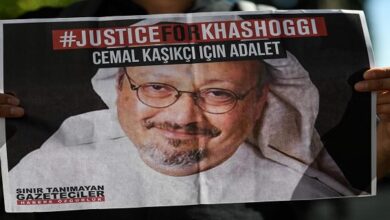 Saudi death squad in Khashoggi murder was trained in US

Misery and Death for Saada’ Childeren, a Gift of UK and Saudi Bombs

US is partner in Saudi war, Our weapons are being used to kill civilians in Yemen: American Senator