This upcoming Saturday will mark the 20th anniversary of the 11 September 2001 terror attacks – the deadliest acts of terrorism in US history and the catalyst for America’s two-decade long ‘War on Terror’, including the invasions of Afghanistan and Iraq.

At least two of the 19 who hijacked jet aircraft and flew them into buildings on 11 September 2001 received assistance from a US-based Saudi support network, former FBI agent Danny Gonzalez has alleged.

Gonzalez, who worked on ‘Operation Encore’, an FBI intelligence probe set up in the mid-2000s to investigate the pre-hijack activities of Nawaf al-Hazmi and Khalid al-Mihdhar, two 9/11 hijackers who lived in San Diego, told CBS News that “19 hijackers cannot commit 3,000 mass murders by themselves.”
The veteran agent, who is now working for the families of 9/11 victims seeking the declassification of documents revealing the extent of Saudi Arabia’s possible role in the attacks, told the network that “you don’t have to be an FBI agent with 26 years of experience to figure…out” that the terrorists had support.

According to Gonzalez, a “number” of Saudi nationals, including Omar al-Bayoumi, a suspected Saudi intelligence agent, assisted Hazmi and Mihdhar, with Bayoumi supposedly “randomly” running into them at a restaurant in Los Angeles and urging them to move to San Diego. There, the former agent alleges, Bayoumi helped the men find an apartment and open a bank account, with the future hijackers proceeding to train to fly planes at a nearby flight school. The two men would become two of the five terrorists who flew a plane into the Pentagon.
Ken Williams, another former FBI agent now working with the 9/11 families, warned his superiors in a memo leading up to 9/11 about potential terrorists taking flight lessons in Arizona. “The evidence is there. I’ve seen it. But I can’t get into the specifics because of the protective order,” Williams said. Gonzalez has a similar gag order in place against him.

The two former agents insisted that Americans’ understanding of the events of 9/11 would change if Operation Encore’s records were allowed to be released.

Saudi Arabia has vocally denied any involvement in the 9/11 attacks, and Bayoumi has claimed, incredulously, that he met Hazmi and Mihdhar by chance and helped them out as fellow Muslims in need. The final 9/11 Commission report released in 2004 cleared the Saudi intelligence agent of any wrongdoing, saying there was “no credible evidence” that he knowingly supported or assisted extremist groups.

The White House announced Friday that it would begin a process to review still-classified documents related to the 9/11 attacks for possible declassification and release by the end of the year. The review comes amid growing pressure by 9/11 families suing the Saudi government over its alleged involvement in the acts of terror, and amid demands that the president do something ahead of the looming 20th anniversary of the attacks.
Nearly 3,000 people were killed on 9/11 in Manhattan, at the Pentagon and at a field in Pennsylvania – where one of the hijacked planes plummeted to the ground after passengers attempted to retake control. Thousands more, including police, firemen, cleanup workers and ordinary New York residents wishing to help out in rescue and cleanup operations, have died prematurely of cancers and other ailments caused by the toxic dust and other contaminants at Ground Zero following the collapse of the Twin Towers.

19 hijackers, including fifteen Saudi nationals, two Emiratis, one Lebanese and one Egyptian were deemed directly responsible for the attacks, with al-Qaeda* leader Osama bin Laden, who had orchestrated attacks against US interests abroad throughout the 1990s, charged with planning 9/11 from a cave in Afghanistan. In the first three years after the attacks, bin Laden denied involvement in the acts of terror. However, from 2004 onwards, the jihadist began to claim responsibility in tapes released to world media. The US and its NATO allies invaded Afghanistan in late 2001 after the Taliban refused to surrender bin Laden, but never found him there. Bin Laden was reportedly killed in a US SEAL Team raid on a mansion in Abbottabad, Pakistan in May 2011. The US and its allies would proceed to occupy Afghanistan for over ten more years after that.

9/11 was also used as a pretext for justifying the 2003 invasion of Iraq, with the Bush administration actively claiming in the lead-up to the war that Saddam Hussein was cooperating with al-Qaeda, even though Hussein’s secular Baathist government was known to have been engaged in a bitter conflict with the terror group. In 2007, four years after the invasion, former Bush-era CIA Director George Tenet admitted to 60 Minutes that the US “could never verify that there was any Iraqi authority, direction and control, complicity with al-Qaeda for 9/11 or any operational act against America, period.”

In 2020, the State Department justified the continuing block on the release of documents related to Saudi Arabia’s possible role in 9/11, claiming the release of the information could expose “state secrets,” but noting that it could not explain what those secrets were, because that too was a secret. “This information must be protected because its disclosure reasonably could be expected to cause serious damage, and in many cases exceptionally grave damage, to the national security of the United States,” then-Director of National Intelligence Richard Grenell said at the time. 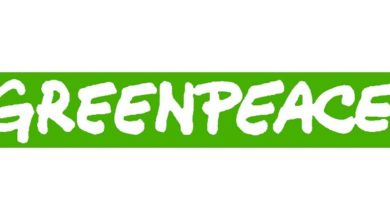