Israel’s spy agency Mossad chief says the occupying regime is renewing ties with Oman, adding that a representative office of the Israeli foreign ministry will open in the Persian Gulf, as Tel Aviv and Arab monarchies move to bring their clandestine ties to light.

Speaking at the Herzliya Conference on Monday, Yossi Cohen said “Just recently, renewal of formal relations with Oman was declared and the establishment of a representative office of the foreign ministry in that country.”

“That is only the visible tip of a much broader secret effort,” he added.

Jordan and Egypt are the only two Arab states that have diplomatic ties with Israel. However, reports have indicated that several of them, including Saudi Arabia, the United Arab Emirates and Bahrain, have had secret relations with Tel Aviv.

“We do not yet have with them (Arab states) official peace treaties but there is already a communality of interests, broad cooperation and open channels of communication,” Cohen said.

Israel and Oman agreed to open trade representative offices in the 1990s, but in 2000, the Persian Gulf sultanate shut them down after the outbreak of the second Palestinian intifada (uprising).

On Wednesday, Oman announced plans to open an embassy in Palestine in support of the Palestinian people, in a first for a Persian Gulf state. 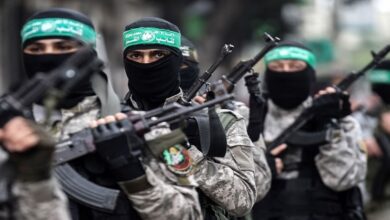 Hamas: Resistance is option of Palestinian people to continue their struggle against the Zionist enemy