The Journalists Support Committee (JSC), in a statement released on the eve of Palestinian Prisoners’ Day – which is marked on April 17 every year, highlighted that four journalists are being incarcerated under the so-called administrative detention, a policy under which Palestinian inmates are kept in Israeli detention facilities without trial or charge.

“The Israeli occupation arrests [Palestinian] journalists for their opinions and then hauls them before military courts using racist laws,” the statement read.

The JSC further noted that the practice violates international rights conventions guaranteeing freedom of the press.

The NGO then condemned Israel’s practice of arresting journalists or banning them from entering certain areas.

The Tel Aviv regime has thus been seeking a media blackout on the criminal acts of its soldiers, with Israeli cabinet ministers authorizing a contentious bill in mid-June 2018 that would criminalize the filming of certain military activities.

Under the proposed legislation, those found photographing, recording or filming Israeli troops “with the intention of undermining the spirit” of the army “shall be liable to five years imprisonment” and those “intending to harm” Israel’s security could be given 10 years in jail.

The bill, which has been widely censured as an attack on media freedom, needs several parliamentary votes to become law.

In recent months, Israeli troops have on numerous occasions been caught on camera brutally killing Palestinians, with the videos going viral online and sparking condemnations of the regime’s military.

Zionist Army Chief: ‘Israel’ & Saudi Have Common Interest in Standing up to Iran 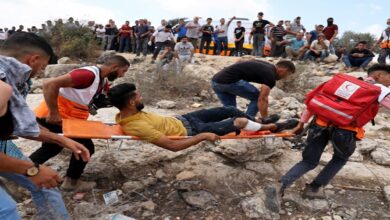