Defense for Children International – Palestine (DCI-P) reported on Thursday that the fatalities included two minors, whom were shot during anti-occupation protests along the fence separating the Gaza Strip and the occupied territories on March 30, as well as a volunteer medic killed in the town of Bethlehem, located some 10 kilometers south of the Old City of Jerusalem al-Quds, last week.

The NGO said Israeli soldiers had shot 17-year-old Bilal Najjar in the abdomen during anti-occupation protest rallies in the Gaza Strip, adding that the teenager later succumbed to his gunshot wounds in hospital.

On the same day, 17-year-old Adham Nidal Sakr Amara was shot in the head with live ammunition.

A DCI-P investigation, citing medical sources, said that “Adham was likely struck with an exploding bullet,” and “the object that struck Adham appeared to have detonated on the lower half of his face.”

The DCI-P noted that two 14-year-old Palestinian boys were fatally shot at the hands of Israeli forces on February 22 and March 6.

Saif al-Deen Imad Nasser Abu Zaid was killed by live ammunition on March 6 as he was taking part in a protest outside Gaza City.

He added, “UN investigators recently found that Israeli forces intentionally targeted child protesters in Gaza, a conduct that amounts to war crime, yet the international community stands by as Palestinian children are killed with impunity. We need action.”

Furthermore, the Palestinian Central Bureau of Statistics (PCBS) said in a report published on Thursday that the number of Palestinian children killed by Israeli forces in 2018 had increased sharply from the previous year, and reached 57 compared to 15 in 2017.

The PCBS also stated that according to data released by the Commission of Detainees and Ex-Detainees Affairs, 1,063 children were among around 6,500 detention cases in 2018, and out of about 6,000 Palestinian detainees by end of 2018, 250 were children under 18 years of age.

Separately, a Palestinian non-governmental and civil organization says the Tel Aviv regime is keeping 250 Palestinian minors behind bars in prisons and detention facilities across the occupied territories.

The Palestinian Detainees’ Committee, in a statement released on Thursday, announced that Israeli military forces had abducted and imprisoned nearly 10,000 Palestinian children ever since the Second Palestinian Intifada erupted in September 2000.

It added that hundreds of detained children had reached adulthood while in prison, including many who served extended prison terms.

The committee further noted that the children were being held in Ofer, Megiddo and Addamoun prisons, and most of them were subject to physical and psychological torture and denied basic rights.

It highlighted that Israeli soldiers and interrogators tended to hurl insults at detained Palestinian children, and frequently threatened to inflict more harm on them. They also threatened to harm children’s families “if they do not confess” to whatever the army is accusing them of.

The committee went on to say that the children were also kept without food or water during interrogation, and were deprived of basic rights, including the right to legal representation and family visits. 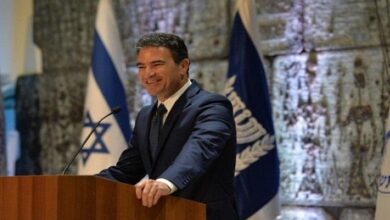 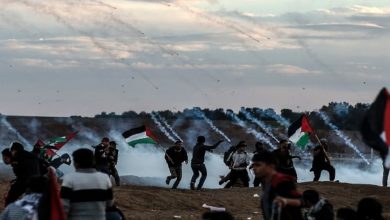 Gaza situation worse than before: UN