Israeli courts on Thursday extended the detention of prisoners Mohamed al-Qiq, a journalist, and Shafiq al-Halabi, a martyr’s father, for five days at the pretext of pending further investigations.

Fayha Shalash, Qiq’s wife, said that the military court in Ofer extended the detention of her husband until next monday.

Quds Press quoted Shalash as saying that the Israeli authorities transferred Qiq from Hadarim jail to Ofer military base, where he was subjected to hours of questioning in an attempt to condemn him and prepare an indictment against him.

She pointed out that the Shin Bet seeks to level charges against her husband and his friends to punish them for participating in events held in solidarity with families of martyrs and prisoners.

For its part, the Palestinian Prisoner Society (PPS) said that the military court at al-Muskubiya interrogation center, west of Occupied Jerusalem, extended the detention of Shafiq al-Halabi, the father of martyr Muhand, for five days.

The PPS noted that Halabi was arrested after his participation in sit-in tents and rallies following the death of his son, affirming that he started a hunger strike in protest at his detention with no guilt.

Israeli policemen shot dead his son, Muhand al-Halabi, on October 3, 2015 after he carried out a stabbing operation that led to the killing of three Jewish settlers. 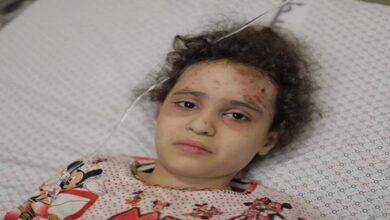