A Palestinian human rights group and a London-based research group have published a report concluding that slain Al Jazeera reporter Shireen Abu Akleh was intentionally targeted by Israeli troops, dismissing the Israeli regime’s account that the killing was unintentional.

In a joint investigation, Al-Haq and Forensic Architecture said they used previously unseen footage and “advanced spatial and audio analysis” to determine that Abu Akleh was “explicitly targeted” by Israeli troops.

Abu Akleh was shot in the head and killed by the Israeli army forces on May 11 while she was covering their raid in the Jenin refugee camp in the occupied West Bank. At the time of her killing, the 51-year-old journalist was wearing easily-recognizable press attire.

The Israeli sniper who killed Abu Akleh was able to clearly tell that there were journalists in the area, the investigation concluded, after examining the sniper’s precise angle of fire.

According to the probe, the Israeli sniper shot for two minutes and deliberately targeted those who tried to rescue Abu Akleh.

The sniper shot three rounds of bullets, including an initial six bullets followed by seven more which killed the Palestinian journalist and then three more to stop efforts to rescue her.

The findings come as Abu Akleh’s family submitted an official complaint to the International Criminal Court (ICC) to demand justice for her cold-blooded murder.

Her brother Anton said that they would do all that is necessary to ensure accountability for her killing.

“Like we said before, and like other reports said previously, there were more than 16 shots fired towards Shireen and the media and her colleagues who were standing in that ally,” he told Al Jazeera. “They even targeted the person who was trying to pull her into safety after she was shot down.”

Earlier this month, the Israeli military admitted that there was a “high possibility” Abu Akleh was killed by its troops, but concluded that it was an accident and said it will open no criminal investigation into the brutal killing.

“There is a high possibility that Ms. Abu Akleh was accidentally hit by IDF gunfire that was fired toward suspects identified as armed Palestinian gunmen,” the Israeli military claimed in a statement.

Multiple investigations by independent organizations and media outlets have already concluded that Abu Akleh was deliberately shot by Israeli forces.

Video footage of the incident shows that there were no armed Palestinians in the area where Abu Akleh was killed and that she and her colleagues from other outlets were in identifiable press gear.

Shatha Hanaysha, a Palestinian journalist who was beside Abu Akleh when she was killed, recounted the harrowing incident in an exclusive interview with Press TV, during which she said, “I still cannot fathom why it happened, why Shireen was killed, why they tried to kill us.”

“When we went to that street that day to cover the Israeli military raid, we saw Israeli military vehicles approaching and they also noticed our presence,” she remarked, dismissing Israeli claims that it could have been Palestinian fire.

In a viral video, immediately after Abu Akleh was shot, Hanaysha can be seen in a crouching position next to the veteran Al Jazeera Arabic journalist, frightened, screaming, and crying.

“I know who shot Shireen and who tried to kill the rest of us, they were Israeli troops and not anyone else,” the 29-year-old reporter told Press TV. “It was not at all a case of mistaken identity.” 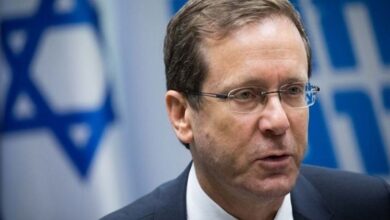 Activists set to rally in solidarity with Bedouin citizens