The Israeli military has killed three Palestinians and injured more than forty others during an incursion into the northern occupied West Bank city of Nablus, only two days after a truce put an end to the Israeli regime’s deadly airstrikes against the Gaza Strip.

Clashes broke out when Israeli soldiers raided a house in the old city of Nablus. The regime forces later destroyed the building with missiles, wounding or killing those who were inside, Palestinian news outlets reported.

According to a statement by the Palestinian Health Ministry, three Palestinians who were brought to the hospital in very critical conditions succumbed to their injuries.

They were identified as Ibrahim Nabulsi, Islam Sabbouh, and Hussein Jamal Taha.

The Israeli military said in a statement that the military and special forces surrounded the house of a wanted man in Nablus. “There is exchange of fire,” it added.

Following the Israeli raid, there was a trade of gunfire while clashes with the Israeli military also broke out in other parts of Nablus as Palestinians hurled stones at the troopers.

Near-daily operations are conducted by Israeli forces in cities across the occupied West bank.

In its latest round of atrocities, the regime conducted deadly airstrikes in Gaza Strip starting on Friday hitting what it claimed to be a series of military targets. On Sunday evening, the two sides agreed to a truce brokered by Egyptian mediators.

The intense Israeli air raids, however, killed 46 Palestinians, 16 of them children, and wounded 360, according to Gaza’s health ministry. The Palestinian Islamic Jihad movement announced that 12 of its members had been killed, including commanders Taysir al-Jabari and Khaled Mansour.

The movement, which is based in the coastal enclave, also fired hundreds of rockets in retaliation.

The flare-up is the worst outbreak of violence between Israel and Palestinian resistance groups since Operation Sword al-Quds, an 11-day war, last May.

The UN Security Council (UNSC) expressed “deep concern” about the situation in the Gaza Strip during an emergency meeting to discuss the Israeli regime’s latest aggression in the besieged enclave. 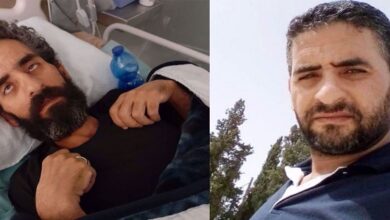 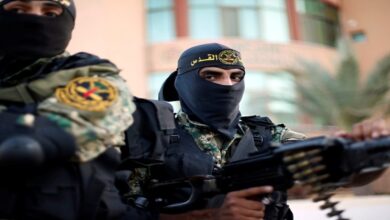