The Israeli regime has approved a project to build 820 new settler units in occupied al-Quds, pressing ahead with its illegal settlement expansion in total disregard for the Palestinian people’s rights and a cascade of global condemnations.

According to the Palestinian Information Center (PIC), the so-called Jerusalem (al-Quds) Local Planning and Building Committee on Friday approved the plan, which will be implemented in two phases.

Later in the day, the Palestinian resistance movement Hamas condemned the Israeli regime’s approval of the settlement project and described it as a “desperate attempt to extend control over al-Quds, obliterate its landmarks, and Judaize it.”

The new plan comes less than a month after Israel approved more than 4,000 new settler units in the occupied West Bank, marking the biggest number in settlement construction plans since President Joe Biden took office in the White House.

Israel advanced that plan on May 12, a day after the Israeli military demolished Palestinian homes in an area where hundreds of Palestinians face the threat of displacement by the regime in Tel Aviv. At the time, the move met widespread condemnation in Palestine and by the international community.

The UN special coordinator for the Middle East peace process urged Israel to halt its settlement activities, saying they are a major obstacle to peace.

Israel approved some 3,000 settler units in October, dismissing a rebuke from the US, its closest ally. Peace talks with the Palestinians broke down more than a decade ago, as Israel insisted on constructing new settlements on Palestinian land.

Nearly 700,000 Israelis live in over 230 illegal settlements built since the 1967 occupation of the Palestinian territories of the West Bank and East al-Quds.

All Israeli settlements are illegal under international law.

The UN Security Council has in several resolutions condemned the Tel Aviv regime’s settlement activities in the occupied Palestinian lands.

vcalls on global community to ‘right a historic wrong’ 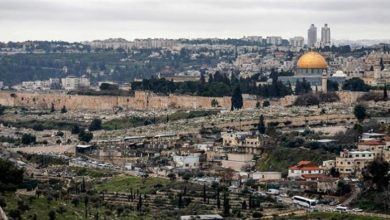