For the fourth time, the Israeli high court has rejected an appeal made to release Kayed al-Fasfous, a Palestinian prisoner whom his health condition is seriously deteriorating due to his open-ended hunger strike that he started 125 days ago.

Al-Fasfous is protesting his imprisonment under Israel’s administrative detention without charge or trial. The Commission of Detainees and Ex-Detainees Affairs who made the appeal; says Al-Fasfous could be minutes away from sudden death, especially after doctors at the Barzilai medical center where he’s being hospitalized, said diagnosis showed he developed blood clots.

In addition to Kayed al-Fasfous, four other prisoners have been refusing to eat also to protest the illegal Israeli policy of administrative detention, they are all demanding the occupying regime to either release them or prosecute them.

Weekly protests continue to take place in solidarity with the hunger striking prisoners, Palestinians including prisoners’ families and relatives have protested outside the building of the international committee of the Red Cross in Ramallah.

Over the years, Israel has placed thousands of Palestinians in administrative detention for prolonged periods of time, without charge or trial, claiming they were arrested based on secret reports which are inaccessible to prisoners themselves and their lawyers.

Today Israel holds over 4600 Palestinian prisoners in its jails, where some 509 of them under the illegal administrative detention. Prisoners’ advocacy groups say the only request of Kayed al-Fasfous and other Palestinian hunger-striking prisoners is their freedom, and an end to their arbitrary administrative detention. After 125 days of an open-ended hunger strike against Israel’s illegal policy, Al-Fasfous family says he would be victorious, either through his long-awaited release, or martyrdom. 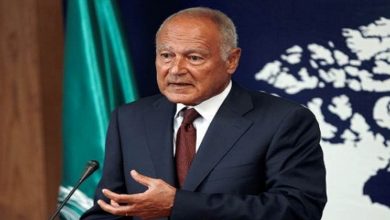 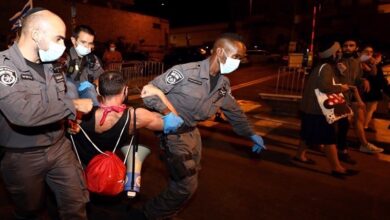