Jamiat Ulema-e-Pakistan (Noorani) central shura member and a senior Sunni cleric Mufti Qari Khalil Ahmed Noorani has said that there is no issue of sectarianism in Pakistan because Sunni and Shia Muslims live together with close, friendly and brotherly relations with each other.

In an interview, he said, Sunni and Shia Muslims attend marriages and funerals of each other, do business with each other, eat food from same hotels and there was nothing that can be said they are pitted against each other.
However, he pointed out, there are fanatics and terrorists who are bent upon disturbing this harmony by hate-mongering ideology and attacks on those who oppose them. He said such elements pose threat because they plot to promote sectarian tension and they should be taken to task in accordance with law.
He said these elements create law and order problems at the behest of their foreign masters who want to destabilize the only nuclear weapon state of the Muslim world. He said unity of Muslims is the only way to defeat such enemies and their proxies.
The Sunni cleric condemned the terrorist attack in Iranian Ahvaz city and urged the Kingdom of Saudi Arabia to condemn the attack if they are not involved in the attack. He said whoever involved in the attack must be condemned and opposed. He called for Muslim unity. He said Muslim regimes should resolve their differences because their differences and war of words benefit the enemies of Islam and Muslims and they must refrain from it.
He lauded peaceful environment during Muharram in Sindh province and urged that same spirit should prevail in Safar and Rabiul Awwal and all religious congregations and processions in next two months should be given security and protection. 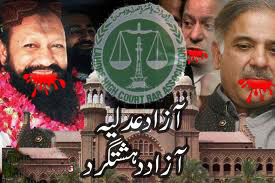