Muslim scholars from Pakistan, Afghanistan and Indonesia issued an edict on Friday saying that violent extremism and terrorism, including suicide attacks, are against Islamic principles, in an effort to convince the Taliban to end its violence.

Seventy prominent Muslim scholars from the three countries issued the fatwa at a conference in Indonesia on ways to achieve peace and stability in Afghanistan.
Indonesian President Joko “Jokowi” Widodo, who opened the one-day meeting, stressed Indonesia’s commitment to helping build peace in the war-torn country.
Jokowi said the conference was part of Indonesia’s efforts to encourage the role of Islamic clerics, or ulema, in promoting peace in Afghanistan.
“Through the voice of ulema, mainly from Afghanistan, Pakistan and Indonesia, presumably the spirit of brotherhood for peace in Afghanistan can be strengthened,” Jokowi said.
“Ulema are the agents of peace … they have the power to form the face of peaceful people,” Jokowi said.
He expressed hope that the conference could contribute concretely to peace in Afghanistan.
In a declaration, the scholars said Islam was a religion of peace and denounced all kinds of violent extremism and terrorism.
“We reaffirm that violence and terrorism cannot and should not be associated with any religion, nationality, civilisation or ethnic group, as violent extremism and terrorism in all its forms and manifestation including violence against civilians and suicide attacks are against the holy principles of Islam,” the declaration said.
The Taliban urged Islamic clerics to boycott the Bogor conference and warned Afghan clerics, “Do not afford an opportunity to the invading infidels in Afghanistan to misuse your name and participation in this conference as means of attaining their malicious objective.”
The conference at the presidential palace in Bogor, a West Java town on the outskirts of Jakarta, was organised by the Indonesian Ulema Council. 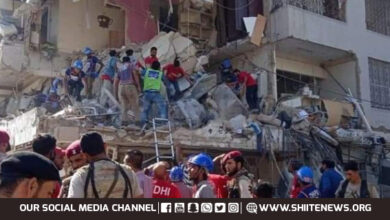