Due to security threat from the outlawed Lashkar-e-Jhangvi (LeJ), an affiliate of outlawed Sipah-e-Sahaba/Ahl-e-Sunnat Wal Jamaat and Taliban, anti-terrorism court hears the cases of murders, attempts to murders, police encounters, in the premises of central jail Karachi.

Ajmal alias Akram Lahori was arrested from Orangi Town Karachi. He was said to be ringleader of banned LeJ since the killing of Riaz Basra in an encounter with Punjab police. Akram Lahori was cofounder of LeJ. Malik Ishaq, another co-founder is now deputy chief of Ahl-e-Sunnat wal Jamaat, the renamed version of banned terrorist outfit Sipah-e-Sahaba. ASWJ is led by Ahmed Ludhianvi who is trying to hoodwink people by saying that he had no link with the LeJ. 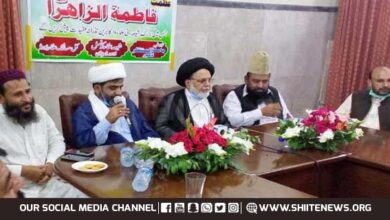 US State Department reminds Pakistan to change its approach to terrorism