A shia youth Ali Raza, 20 were martyred during an attack by the prohibited illicit organization â€“ Sipha e Sahaba (SSP) at Incholi onÂ ThursdayÂ midnight. A rally of the notorious Yazeedi Â Organisation passed by the Incholi Area of block 17 Â with heavy contingent carrying arms and ammunition provoking the populace of the area by bellowing slogans against Imam Ali A.S and gratifying Mavia and Yazeed (L.A.).

After much provocation, a party comprising of few individuals of Shia community went forÂ dialogÂ upon which the situation got out of hand and anarchy was observed. Sipha e Sahaba (SSP) squadron themselves in block 17, opposite to Incholi (heavy populated Shia commune) and opened straight fire on the general public, injuring 4 individuals; later taken to hospitals. Among the 4, Ali Raza, an 20 year old minor was standing outside his house in one of the lanes at Incholi, unaware of the situation, was martyred with a shot to his neck. The rest remain injured with gun shot and treated at local Hospital

The unfounded sick groupÂ didn’tÂ resort to this, but went ahead and vandalized many a houses of Shiite in block 17 region, incurring heavy losses and harassing individuals within.

Police and rangers reached the premise long after the incident, though session of firing remained. Police, instead of assisting the harassed, ensured that shelter is provided enough to the Yazeedi group whereby they could escape. They used tear gas and live bullets upon residents of Incholi protesting the heinous act, while the other group deliberated their escape easy. The Nasibi group kept the session alive of firing on Incholi till Rangers went ahead and took control of the area by arresting close to 4 individuals in Block 17. 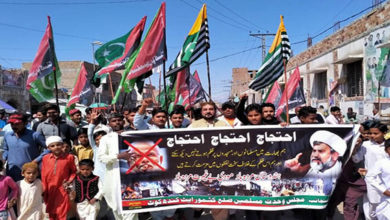 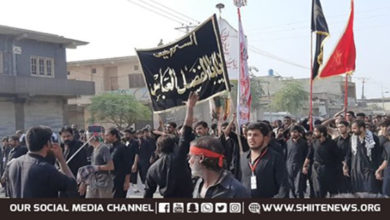