The deadly bomb attack on the shrine of Lal Shahbaz Qalandar in Sehwan on Thursday evening has attracted the attention of law enforcers towards possible intrusion of the militant Islamic State group (IS) into Sindh after the international militant organisation had claimed responsibility for the bombing, it emerged on Monday.

Sources in the Counter-Terrorism Department (CTD) of Sindh police said this was the first time that IS had claimed responsibility for ‘such suicide bombing’ in the province, as previously the outfit had claimed responsibility for the killing of DSP Faiz Ali Shigri in Karachi in November 2016.
“This was the first bomb attack in the interior of Sindh which was claimed by IS,” said Raja Umer Khattab, an officer of the CTD. “The modus operandi of the attack resembled the bombing of shrines in Syria and Iraq by IS,” the official added. He explained that the bomber blew himself up near the grave of the Sufi saint and not in the area where devotees were performing dhamal, as IS considers visits to graves as forbidden according to their interpretation of Islam.
The officer said that suspected militant Hafeez Brohi, who is believed to have played a role in the Sehwan bombing, had not announced joining Daesh (as IS is also known), but had links with militant outfits including Afghanistan-based IS and Junoodullah Fida, and Lashkar-i-Jhangvi’s network in Sindh and Balochistan.
He believed that IS operated through the network of these outfits, as it did not have its own presence in Sindh. He made it clear that the group involved in the gun attack on an Ismaili community bus in Karachi’s Safoora Goth in 2015 that had left at least 46 people dead had ideological links with Daesh, but was not an actual affiliate of the militant group.
A recent study carried out by the CTD apprehended that Sindh and other parts of the country provided a “fertile growth area” for IS. Strikingly, IS recruitment appeared to be high in Pakistan’s well-off Punjab province as well as Karachi, says the CTD document that was reviewed by Dawn on Monday.
“IS literature widely available online has been effective in luring educated and affluent people into the fold, as evidenced by the propaganda recovered from the IS cells that have been thwarted in Karachi, Islamabad and Sialkot.”
Big blow to LJ, IS
The sources in the CTD were of the opinion that IS had started developing its network in Pakistan in 2014. The IS had declared Afghanistan and Pakistan as part of its ‘Wilayat-i-Khorasan’, while militant groups such as Jundullah, Tehreek-i-Khilafat Pakistan (TKP) and some factions of the Tehreek-i-Taliban Pakistan pledged allegiance to Abu Bakr al-Baghdadi back in December 2014.
The sources said the LJ was prone to join the IS platform because of its anti-Shia ideology. LJ chief Malik Ishaq, a prime suspect in at least 100 murder cases, had attempted to develop links with IS before he was killed in an ‘encounter’ in Punjab in 2015.
After his murder, Asif Chotoo attempted to complete his “unfinished agenda” by linking LJ with IS but he too was killed in an ‘encounter’ in Punjab.
The sources said that the killings of Malik Ishaq and Asif Chotoo were indeed a “big blow” not only to their own factions but to the overall LJ structure as well as the IS’s ambitions in Pakistan.
A senior CTD officer said the IS took over the banned LJ after its leadership had been eliminated as both the militant outfits shared intense hatred against Shias.
The sources said that unlike other LJ militants, Asif Chotoo had focused on Karachi as he was chief of the LJ cell in the metropolis where his group had assassinated prominent Shia personalities and professionals.
The CTD study said: “The government should take serious steps to counter any Islamist terrorist group endeavouring to join the IS ‘growing’ network in Pakistan.” It warned that other militant groups might also attempt to join the IS in near future and that would be an even bigger test of law enforcers and policymakers in the country. 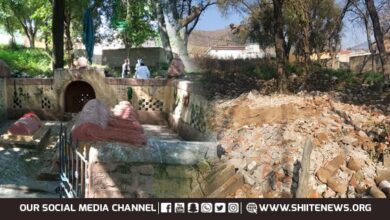 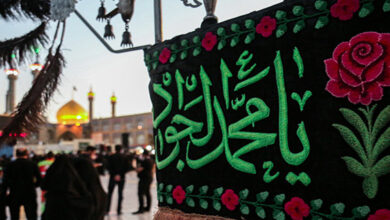