KARACHI- Imamia Students Organization (ISO) on Tuesday taken out the â€œDown with USAâ€ rally from admin Block to Silver Jubilee gate of Karachi University to condemn the atrocities of Zionist regime Israel against the oppressed Muslim of Palestine.

Hundreds of students participated in the rally chanting the anti-Israel and anit-united States slogans and they expressed their solidarity with the people of Palestine, who suffered the brutality of Israel from the last 63 years.

He said that America supported the illegitimate regime of Israel and termed that the foundation of Israel was the open violation of the United Nation charter.

He underlined the need of unity among the Muslims of the world to protect the people of Palestine and Holy Al-Aqsa Mosque from the conspiracies of Israel. 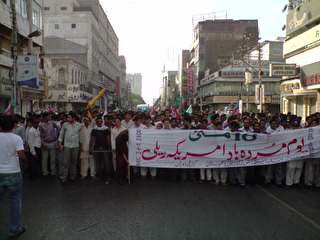 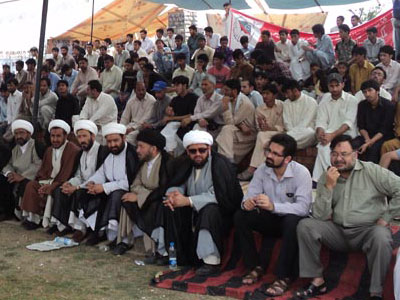 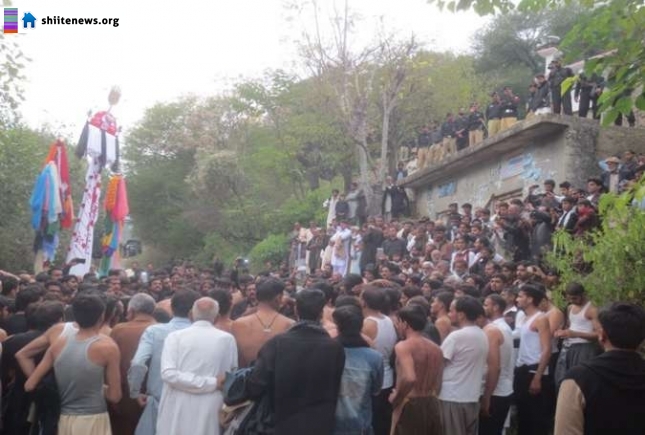 Procession of Baghpur Dhairi ended peacefully despite fears of extremism