Blasphemy of the highest degree alarms students appearing in their paper for the year 2010 Intermediate Examination of Hyderabad Education Board.

According to the Shiite News, Hyderabad Education Board astounds every institution (lest the whole Muslim Ummah) with the conspiracy brought forth by its Zionist Agenda publishing in an atrocious question in its Intermediate Muslim History Paper.

Â In this yearsâ€™ paper â€˜Oneâ€™ on question 8 referred to â€œKarbala as a bad patch in the beautiful history of Islamâ€.

Being Muslims, let alone in Pakistan, with recent bombing events in religious festivities flaring up sectarian rivalries, a conspiracy as such is not only highly outrageous to a particular Muslim community but an open blasphemy for the entire Muslim Ummah. Emotions and values are not only questioned but animosity aggrandized due to the sacrilege of our unanimous Belief.

Every years our Ummah faces the trauma by Anti-Islam Organisations contesting to check the reactions with one religious profanity or the other. Yet this stands out as the acme, for it is done within the vicinity of Islamic Republic of Pakistan, but put forth to a number of academics minors appearing in for a Muslim history paper, nurturing them with crypticâ€™s of preposterous decree.

It should be bourne in mind that already the students face great turmoil due to the Boardâ€™s policy of not facilitating Shiite students with a separate curriculum in Islamiyat but now with this new advent of sickly questions, the ulterior free-mason agenda remains no secret.

Great agitation among the Shiite community and other the Muslim sects are noticed and brought forth to the concerned officials.

Jafaria Alliance Hyderabad President Rashid Rizvi condemned the notorious act of Hyderabad Education board and termed the act a conspiracy against the Islam.

He said that a petition is put forth to the Government to take immediate actions against the transgressors but as well arrange for separate curriculum for the Shiite students. Among the petitioners Maulana Qumbari and Sajid Hussain Sajid were in the lime-light. 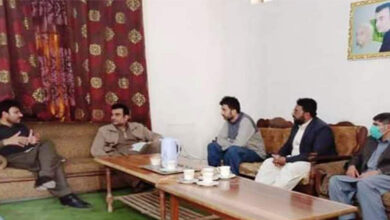 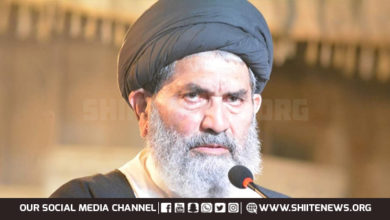