In ramzan transmission last year, Amjad Sabri praised Rasool (SAWWS) and Imam Ali (AS) adding ‘YA’ to their names. He, since then, was receiving threats, being proclaimed as an infidel for this particular act.

Amjad was offered by these self-styled Islamic Militants to recite Kalima and embrace their kind of Islam, which he declined.

The report indicated that these militants approached him during this year Ramzan Transmission asking him to apologize on TV for his heinous crime in praising Rasool (SAWWS) and Ahlul Bait (AS), which again he defied. He said he rather embrace martyrdom than part ways with this due praise.

On 14th Ramzan the these takfiri terrorists targeted Amjad Sabri killing him on the spot. This remains the same group and master mind which targeted Khurram Zaki a few days earlier. Both these murders were planned from Siddiq-e-Akbar Mosque situated at Nagan Chowrangi. These killings came forth under the monitoring of Muhammad Taj Hanafi, patronized by proscribed ASWJ’s Ahmed Ludhianvi and Aurangzeb Farooqui, report from security agencies suggested.

It is pertinent to mention here that General Zia was the pioneer that gave way to this sectarian rift prevailing in Pakistan today. He brought in Takfiri mind-set under varied names with Al-e-Saud’s (Saudi Arab) patronage. The same regime in Saudia have taken a liking to Nawaz’s government using them as a tool to achieve their ulterior motives. Zia and Nawaz have the one factor in common; Al-e-Saud’s as friends, whereas Al-e-Saud has one enemy only – Shiites across the world. 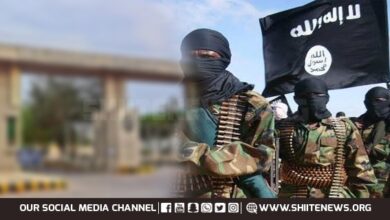 Islam gave dignified status to women since the day one: Zahra Naqvi