Tahir Hussain Minhas, alias Sain, the Safoora bus carnage mastermind who has been awarded death sentence by a military court, disclosed that he had been active in militancy since the late 1990s when he went to Kashmir to get training for jihad and also met Al Qaeda chief Osama bin Laden and his then deputy Ayman al-Zawahiri later during his visit to Afghanistan, it emerged on Friday.

According to a Joint Investigation Team (JIT) report reviewed by Dawn, the convict also met ‘a number of Al Qaeda’ militants before being introduced to Haji Baloch, a brother of Ramzi Yusuf, the perpetrator of World Trade Centre bombing in the US in 1993, in the Malir area where he shifted to from his native town in 2011.

Born in Kotri near Hyderabad and studied up to the college level, Minhas joined his family’s poultry business in 1998 and later became a member of the Jamaat-i-Islami (JI). He was then sent to Kashmir for jihad with the help of the then Kotri chief of JI, Advocate Mushtaq, in 1999. Minhas received training in Kashmir for 20 days before returning to Kotri, according to the JIT report.

He resumed his family business and joined Al Qaeda the same year on an advice of his then neighbour, Abdul Rehman, alias Sindhi, who was at that time the local chief of Al Qaeda, said the JIT report.

In 2000, on the advice of Rehman, Minhas went to Afghanistan with Rehman’s brother-in-law Umer, alias Jalal, alias Sindhi, for jihad training. They got training from Hamza Al-Misri in Afghanistan for three months, the report quoted him as telling the investigators. It was during his stay in Afghanistan’s Helmand province that Minhas met Osama bin Laden and Ayman al-Zawahiri, the report said.

He returned to Kotri in 2001 when the 9/11 incident happened in the US, added the investigation report.

Before his return, the then Kotri leader of Al-Qaeda and his neighbour, Rehman, had been arrested by the Crime Investigation Department (CID) of police. However, the suspect was released from jail in 2002. In Rehman’s absence, Al Qaeda’s Kotri/ Hyderabad chapter was run by his brother-in-law Umer, alias Jalal. Minhas used to work with him and met ‘a number of Al Qaeda’ people during these years.

In the year 2006, the JIT said, Minhas with his accomplices kidnapped a Hindu trader, Ganesh Kumar, from Liaquat Medical College Hospital in Hyderabad. He killed the trader for his alleged illicit relations with a friend’s sister. In 2007, he with his accomplice was arrested by the CID police in Hyderabad on the charges of killing the Hindu trader. He was acquitted and released from jail in 2010 after which he got married.

The JIT said that Minhas with his accomplices later murdered a worker of the Muttahida Qaumi Movement, Naeem Qureshi, who had allegedly used ‘filthy language’ against some ‘religious scholars’ in Hyderabad.

In the year 2011, he shifted to Karachi and stayed at Haroon Villas, a place close to a community complex, Al Azhar Garden, whose 45 residents including women and children were shot dead in an attack on their bus near Safoora Goth last year. All the victims belonged to the Shia Ismaili community.

Minhas told the JIT that Umer, alias Jalal, used to provide money to him and his accomplices in Karachi. Jalal had been in contact with Al Qaeda operatives in the Middle East as he was fluent in Arabic, the report said.

According to the JIT, Umer, alias Jalal, introduced him to Haji Baloch, the brother of Ramzi Yusuf, in the Malir area. Minhas was advised by another militant, Abdullah Yusuf, in 2014 to join the so-called Islamic State. He told the JIT that Abdullah and Umer, alias Jalal, had parted ways after having some differences.

Minhas claimed that he intended to join the militant Islamic State group but he was arrested by the Counter-Terrorism Department of police after the Safoora Goth carnage. 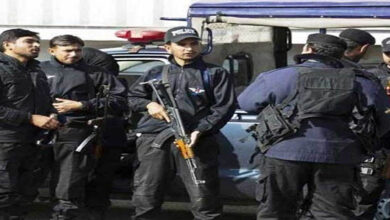 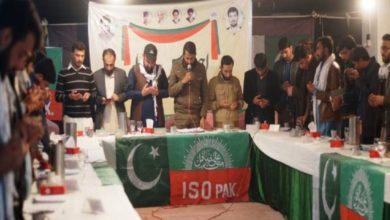