Police found the bodies of six Shia truck drivers who were kidnapped a few days ago in a restive northwestern town, officials said. According to the Shiite News, the Shia truck drivers were shot dead and their bodies were found in Thal district, Â local police official Abdul Rehman said on Saturday. â€œA letter found in the pocket of one dead truck driver said that if anyone supplied goods to the Parachinar Shia community, he will be treated like this,â€ Rehman said. A police spokesman confirmed the incident, but did not identify the suspects, saying an investigation was in progress. Some local sources say that more than 2,000 Shia community members have been martyred in the region since 2007. Since the 1980s, thousands of Shia Muslims have been killed in violence-related incidents in Pakistan by extremist groups. Kurram agency, a federally administered tribal area (FATA), has a population of more than 0.8 million Shia Muslims who suffered from brutalities of Taliban terrorists much more than any other religious or ethnic community. Shia Muslims of Kurram Agency (Parachinar) had to travel to Pakistani territories via Afghanistan because the government and army of Pakistan lacked their writ in the areas leading to Parachinar. 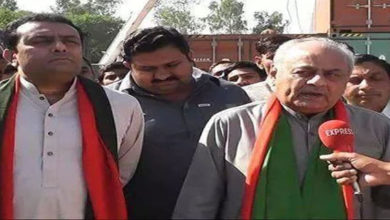