Corps commanders vow to block all ‘hostile acts’ against Pakistan

Shiite News: Pakistan Army has said it will take all measures to block hostile acts undermining security and growth of the country.

The resolve was expressed during a meeting of Corps Commanders conference at the General Headquarters in Rawalpindi, chaired by Army chief General Raheel Sharif on Thursday.

According to the ISPR, the meeting was briefed about activities of hostile intelligence agencies inside the country and the response thereof.

An exhaustive review of professional matters, internal and external security situation, including the ongoing operations against terrorists in Shawal and rest of the country were also discussed on the occasion.

Earlier on March 25, an agent of Indian premier agency RAW was apprehended, accused of fomenting terrorism in Karachi and Balochistan.

Meanwhile, civil and military agencies launched on Wednesday the much-awaited targeted operation against militant outfits in Southern Punjab, days after a deadliest attack in Lahore’s Gulshan-e-Iqbal park that claimed 72 lives. 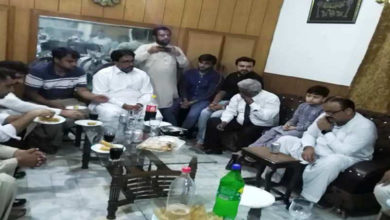