Leaders of all the major political and religious parties have shown their solidarity with the people of Palestine, and urged the Muslim Ummah to play their significant role for the protection and liberation of holy Al-Aqsa Mosque from the Israeli occupation. The conference denounced the criminal silence of United States, European Countries and United Nation on the carnage of

Â the people of Palestine and the illegal construction of new Jewish settlements in occupied Palestine.

They expressed these views, while speaking in the â€œRound-Table Conference on Palestineâ€, held on Sunday at press club, organised by Palestine Foundation (PLF) Pakistan to denounce the Zionists plan to demolish the Eastern Jerusalem and holy Muslim sites.

PML-N Central leader Mamnoon Hussain said that the construction of Iron-wall on Gaza-Egypt border was the part of Israeli conspiracies against the people of Palestine.

He said that the peace of Middle East would not be possible until the resolution of the Palestine dispute saying that today Muslim rulers were scared and these fearful rulers try to appease the U.S. to perpetuate their rule. â€œThe Muslim governments lack courage to raise their voice in support of the oppressed people of Palestine,â€ he said. He said that during the last ten years, the world witnessed unwavering resistance of Hizbullah and Hamas for a just cause.

He announced people of Pakistanâ€™s full support for Palestinian nation and said that Pakistanis would not withdraw their just support to Palestinian brothers under any pressure.

He asked the Government to table the resolution in the parliament to support the Palestinian people and play their practical role for the support of innocent people of Palestine.

He demanded the international justice organization to punish Israel for criminal and illegal occupation of Palestine. He warned that nobody else would be saved from the Israeli atrocities if the Zionist regime was not punished for its ferocious activities against Palestinians.

ANP Sindh General Secretary Ameen Khattak in his address said that Palestine is not only the issue of Muslim Ummah saying that this was the issue of humanity.

He further said that Zionist forces were killed the innocent Palestinian people and destroying their houses. He underlined the need of joint efforts to resolve the issue of Palestine.

JI leader Mohammad Hussain Mehanti criticized the role of Muslim Ummah and Arab countries on Palestine issue and regretted the role of Arab league and OIC to support the innocent people of Palestine.

He demanded of the Government of Pakistan to support the people of Palestine and cut-off the diplomatic relation with all those countries, which were supported the Zionist regime.

They vehemently condemned Israeli plan to demolish the Eastern part of Jerusalem and asked the United Nation, OIC and Human Rights Organization to play their role against the Israeli atrocities.

They further said that Al-Quds is the apple of the eye of each and every Muslim â€¦ and we cannot at all accept any Israeli violation in the city or in Muslim sites. 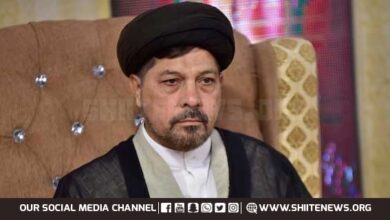 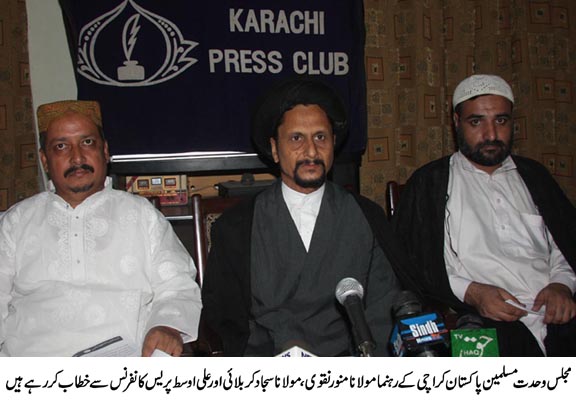