A group of extremists attacked teachers and students in Federal Urdu University for opposing Daesh and Taliban during the study circle organized by the Progressive Youth Alliance and Peoples Students Federation at Abdul Haq Campus of the university. The extremists threatened to kill teachers and students and labeled them as “Kafirs’. Issues regarding different educational systems, increasing fees, students’ issues and national and international situation are brought under discussion in the study circle. According to details, Progressive Youth Alliance and Peoples Students Federation have been organizing study circle at the Abdul Haq Campus of Federal Urdu University Karachi since past two years but last week, the situation became worst when Daesh and its activities were opposed and condemned during the discussion. On this, extremist members of Jamiat attacked the participants of study circle, blamed them as ‘Kafirs’ and threatened to kill them. They also targeted teachers of the university and declared the education given in some departments of the university as against the religion. Those extremist elements also directly threatened the teachers and blamed them for promoting anti-Islam ideologies and for leading the anti-Islam study circle. 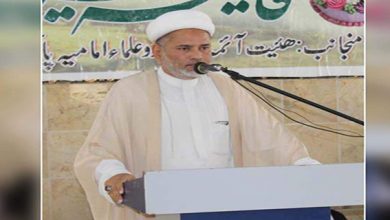