Two security personnel embraced martyrdom and three terrorists were killed during clash in in the northwestern town Bannu on Thursday morning.

According to sources, some suspected terrorists attacked Khadim Shaheed Checkpost in Daryoba Agency area of Bannu.

The gun battle lasted for an hour during which two security men were martyred and three terrorists were killed.

Sources told that terrorists picked bodies of their accomplices and escaped from the scene.

Meanwhile, additional contingent of security personnel arrived at the scene and launched search operation in the area.

Bodies of martyred security personnel were shifted to the Combined Military Hospital (CMH). 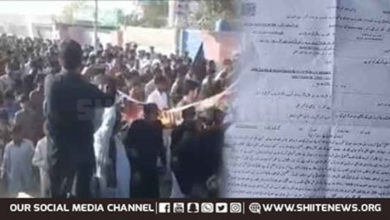