Lasbela Police arrested on Tuesday a militant belonging to the banned Lashkar-e-Jhangvi near Lasbela University.

“Acting on a tip-off, the police raided a room at Lasbela University and arrested Alam Zaib, he was a student there,” District Police Officer Bashir Ahmed Brohi .

“The militant belong to a banned organisation Lashker-e-Jangvi and was involved in the killing of eight police personnel and bomb blasts,” Brohi said.

The DSP added that the militant had a Rs3 million bounty on his head.

On February 15, a key commander of the banned LeJ and his companion were killed in a raid by security forces in Saryab area of Quetta on Sunday, a senior official of Balochistan.

Usman Saifullah Kurd had been convicted by an anti-terror court in 2003 for masterminding two sectarian attacks in Quetta. He had escaped from the high security Quetta cantonment jail in 2008, following which the government imposed a Rs2.5 million bounty on him..

Pakistan Army preparing for final push in fight against militants 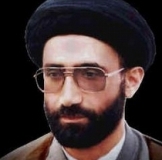