Shiitenews : MWM’s supported and PPP’s candidate Qadir Khan Mando Khail won By-elections in Karachi in NA-249. He got 16156 votes and win by PML-N’s candidate who got 15473 votes and got 2nd position, Nazir Ahmad candidate of TLP got 3rd position, Mustafa kamala candidate of PSP is on fourth while PTI and MQM are at fithf and sixth position respectively.

It should be noted that in NA-249 Mubashir Hassan was the candidate of MWM ‌who was later bet in favour of Qadir Khan Mando candidate of PPP after advise of political Council on the request of PPP. MWM plays an important role in winning of Qadir Khan, MWM manage door to door compains and also arranged corner meetings and also advised all voters and supporters to vote for Qadiri Khan.

Also, minister of Municipality Nasir Hussain Shah called Mubashir Hassan and thanked him for his and his party’s role and support to PPP. He said the starting relations of MWM and PPP in NA-249 was wonderful, he said I hope that this relationship will remain good inshallah.

At this moment Mubashir Hassan said that I am very grateful and I congratulates Qadir Khan for his victory in NA-249, The public prove that they have reject the fake slogans of changings, I hope that real changing will made by Qadir Khan in coming days. 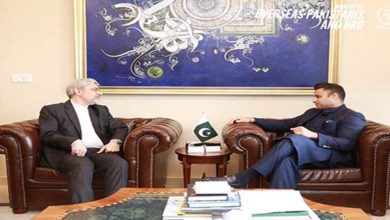