ISLAMABAD: For the second time in two days, Prime Minister Nawaz Sharif announced his resolve to take on terrorists of all hues, wherever they may be in the country. But there were many confused faces at Tuesday’s meeting at the Prime Minister’s House and many participants, including top military officials, were left scratching their heads, wondering how to overcome the underlying challenges that they would encounter on the way to winning this war.

But the PM’s stance was unequivocal. “I will lead this war against terror for my people and my country and will take it to its logical conclusion, come what may,” he promised.

One of the key challenges discussed in the meeting was a strategy to tackle the madressahs that are fanning or supporting terrorism.

“Yes, the meeting agreed in principle to launch a countrywide crackdown against seminaries that have a track record of fomenting sectarianism, armed militancy or proven ties with the Tehreek-i-Taliban Pakistan (TTP), but everyone was worried about the possible fallout,” a source privy to the sitting told Dawn.

Although the government believes that the time has come to take decisive action, some in the ruling party advise caution, arguing that action against madressahs may be resisted by religio-political parties and that the momentum from that opposition could later be used against the government.

“Following the Peshawar tragedy, everyone across the board wants a countrywide crackdown against anybody and everybody found involved in acts of terrorism. But we shouldn’t forget the sanctity that people in general attach to madressahs and mosques,” one of the participants was quoted as saying during the meeting.

In a press conference held earlier this week, the interior minister said that 90 per cent of all seminaries had nothing to do with militancy, implicitly confirming the presence of bad eggs in the bunch.

Seeking an endorsement of action against culpable madressahs from political parties, particularly the religious ones, remained an overriding concern. The PM himself said that he would take up the issue with leaders of various political parties when he meets them on Wednesday.

The meeting, however, did decide to come up with a special set of laws to monitor the running of religious schools, notably their sources of funding and the curriculum taught there. The Ittehad Tanzeemat-i-Madaris Pakistan (ITMP), an alliance of five seminary boards representing the various sects that claims to have ‘joint control’ over 30,000 madressahs all over the country, is yet to be contacted.

ITMP central leader Qari Muhammad Hanif Jalandhari told Dawn the government had not yet been in touch with them. “We have only hearing through the media that madressahs are again in the limelight,” said Mr Jalandhari, who is also secretary general of the Wafaqul Madaris Al-Arbia.

But a government source, summing up the near four-hour-long meeting at PM House, told Dawn that at least for now the government was ready to go the extra mile; be it coming up with new constitutional amendments to set up military courts, or allowing the military to conduct operations in urban areas.

In this regard, the PM seemed to want everybody on board and has extended special invitations to the military leadership to attend Wednesday’s meeting with the heads of political parties, to share the government’s plan of action with them.

According to an official release, the PM expressed a resolve to ensure swift and effective implementation of the approved action plan. The statement quoted the PM as saying, “We cannot forget or forgive the atrocities committed by these barbarians in Peshawar, Quetta and Wagah. Every citizen of the country, irrespective of his caste, sect or faith, will be protected [because] no cause is holier than protecting the life and property of every citizen of Pakistan.” 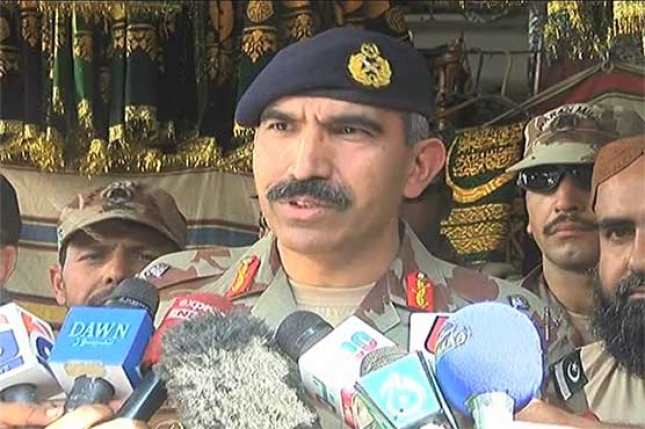