Since his ancstors migrated from Azam Gadh (India), Syed Rehan Abbas Rizvi used the word Azmi a part of his name. He was also a close relative of eminent Urdu poet Kaifi Azmi.

Independent analysts see him a reviver of Urdu noha and salam because he gave new life to the otherwise neglected section of Urdu poetry.

No doubt Dr Rehan Azmi spent his life as a living legend of Urdu noha, salam and marsia.

According to a literary forum, Guinness Book of World Records included his name in 1997 as the 7th speediest writer of poetry.

He also served Pakistan as a teacher and a media person. He contributed for various publications in 1990s.

Meanwhile, the family has announced his funeral prayers in Jafar-e-Tayyar Society Malir after Maghribaen prayers. 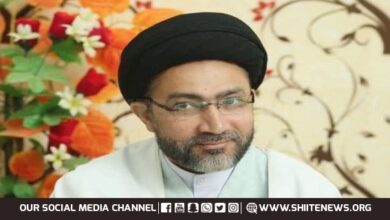