Saudi regime work in tandem with Mossad for normalization with Israel of Muslim countries, according to Jerusalem Post.

Notably, the J Post quoted Israeli intelligence sources as having shared these facts.

They indicated the reported visit of Saudi Crown Prince Mohammed bin Salman to Tel Aviv in September 2017 a turning point.

BY NOVEMBER 2017, this had led to a historic interview by then-IDF chief Gadi Eisenkot with a Saudi media outlet. He had proclaimed that Israel was now sharing classified intelligence on Iran with Riyadh.

Reports of Mossad’s head Yossi Cohen’s travels to Saudi Arabia, UAE, Bahrain, Sudan, Morocco and other countries without diplomatic relations with Israel started coming in the middle of his term, but he was on the travel circuit even earlier.

Yossi Cohen knew that he had helped convince the Saudis and the UAE about normalization as the way forward.

Although Saudi regime has not yet officially crossed the normalization line themselves, they remained the key and committed.

But Saudi role surpassed even the United Arab Emirates itself although the latter has normalized with Israel. 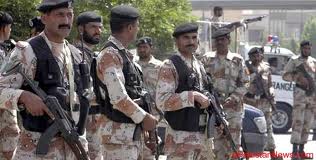