Participants riding motorcycles and some in cars reached mausoleum of funder of Pakistan Mohammad Ali Jinnah on Friday.

They were carrying Palestine national flag. They were also raising slogans in support of legitimate demand for sovereign and independent Palestine state with al-Quds (Jerusalem) as its capital.

They condemned Israeli occupation over the sacred land of Palestine and al Quds (Jerusalem).

Furthermore, they slammed international community and particularly OIC for their failure in holding Israel accountable for crimes against humanity.

They predicted establishment of sovereign and independent nation-state with al-Quds (Jerusalem) as its capital shortly.

Furthermore, they also expressed their support for legitimate demand of Palestinians for right of return of the Palestinians whom Zionist terror groups had expelled from their abode.

The speakers also lauded the role of Imam Khomeini and Imam Khamenei in highlighting the issue of Palestine. 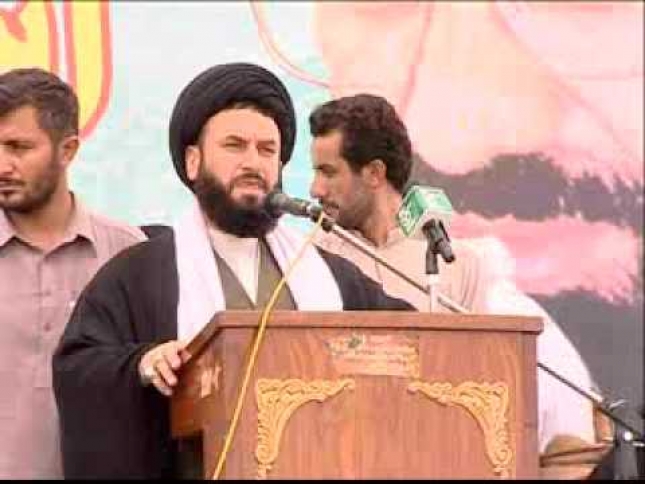 One terrorist killed, another arrested in Kalat District

ISO rally against US blocked by police thru shelling