The United Arab Emirates’ Minister of State for Foreign Affairs Anwar Gargash has admitted that a US spy drone recently shot down by Iran’s air defense had taken off from a military base in the Arab country.

Gargash made the remarks in a recent interview with Italian newspaper la Repubblica during his visit to Rome.

The US claims that the drone was flying in international airspace when it was targeted, without providing any evidence.

Iran has released a map with detailed coordinates that clearly show the drone was flying over Iranian territorial waters off the coast of the country’s southern Hormozgan Province.

The UAE’s confession came a few days after it admitted that there was no “clear, scientific and convincing” evidence to assign blame for the recent tanker attacks off its coast in the Sea of Oman, splitting with the United States and Saudi Arabia, which hold Iran responsible for the suspicious acts.

UAE Foreign Minister Sheikh Abdullah bin Zayed Al Nahyan said Wednesday that his country was not able to pin the attacks on any country because an investigation had failed to find enough proof.

“Honestly we can’t point the blame at any country because we don’t have evidence,” bin Zayed said during a joint press conference with his Russian counterpart Sergei Lavrov in Moscow.

Last month, four tankers were subjected to what Abu Dhabi called “acts of sabotage” outside the tiny Persian Gulf sheikhdom’s territorial waters near the Strait of Hormuz.

A joint investigation by the three countries concluded that a “state actor” was most likely behind the incident in May but stopped short of singling out any country. 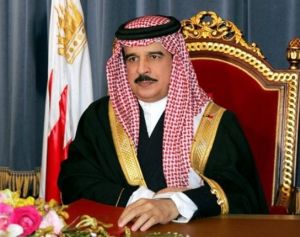