A former CIA chief says the war in Syria has spiraled into such a threat to regional security that a victory for the Syrian government could be the best ending to hope for.

Speaking at the annual Jamestown Foundation conference of terror experts on Thursday, Michael Hayden elaborated on three possible outcomes for the prolonged conflict in Syria.

It is likely for the conflict to escalate, while another possible scenario is the disintegration of Syria, said the retired US Air Force general who served as the director of the Central Intelligence Agency until 2009.

Hayden said the third option was a victory for the government of Syrian President Basher al-Assad, which he said he was “kind of trending toward” the three possible outcome as the best alternative.

He warned that a disintegration of Syria “sets in motion the dissolution of all the artificial states created after World War I” under the Sykes-Picot Agreement.

The British diplomat, Mark Sykes, and a French counterpart, Francois Georges Picot, divided the Middle East into zones of influence which later served as the frontiers of independent Arab states.

He said a breakdown in the century-old settlement could wreak havoc on its Arab neighbors, and result in the domination of Salafi extremists over a significant part of the Middle East.

According to the United Nations, more than 100,000 people have been killed in a deadly unrest that has been plaguing Syria since March 2011.

Over two million Syrian refugees have fled their homeland since the outbreak of violence in Syria, with the vast majority heading to Lebanon, Jordan, Iraq and Turkey.

On December 10, the Foreign Policy magazine revealed that more than 5,000 foreign militants are fighting against the Assad government, noting that the figure is “higher than any previous conflict in the modern history of the Muslim world.”

Meanwhile, the United States has been actively supporting militants in Syria and has openly funneled millions of dollars to militant groups, further fueling the flames of the conflict in the Arab country. 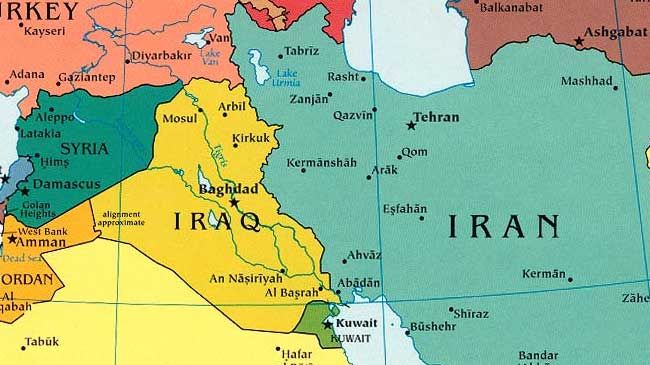